Married man wants $30k back from mistress, says she replied: "It's $300 for each time we were intimate' 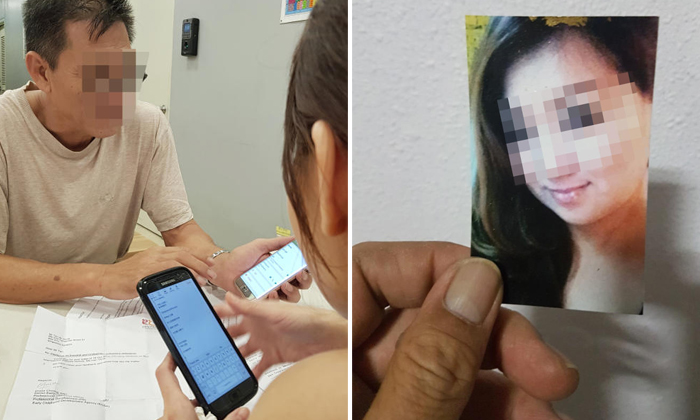 A married man who apparently spent almost $30,000 on his mistress is seeking the return of his money.after falling out with her.

He said that he had visited a massage parlour at Sims Avenue to unwind after falling out with his wife four years ago. There, he met a 44-year-old masseuse.

After knowing each other for about half a year, Mr Chen entered a relationship with the woman.

He said: "I saw that she was having a tough time as a study mama, having brought her daughter to Singapore to study. She was also filial and often returned to Zhuhai in China to visit her mother, so I decided to be with her."

According to Mr Chen, the woman later said she wanted to switch jobs and teach at a pre-school -- an idea that he was supportive of.

However, the course fees for training in early childhood education amounted to $19,000.

Mr Chen helped to pay the woman's tuition fees by instalments and even gave her a sum of money every month. He would also buy her presents during festive occasions.

"I spent close to $30,000 on her. After one and a half years of dating, she became distant and eventually broke up with me," he revealed.

Mr Chen also shared how he had asked the woman to return his money.

However, he alleged that she replied: "It's $300 for every time I slept with you, you ownself calculate how much to pay."

Mr Chen told Shin Min: "At that time, I didn't expect her to say that. When we were together, we were indeed intimate for more than ten times."

He said his child is still in university and because of that, would not be divorcing his wife for now despite their sour relationship.

The woman's daughter is 16 years old and they live in a condominium in Bishan, added Mr Chen.