Motorcyclist, 37, dies after accident with private bus in Tuas 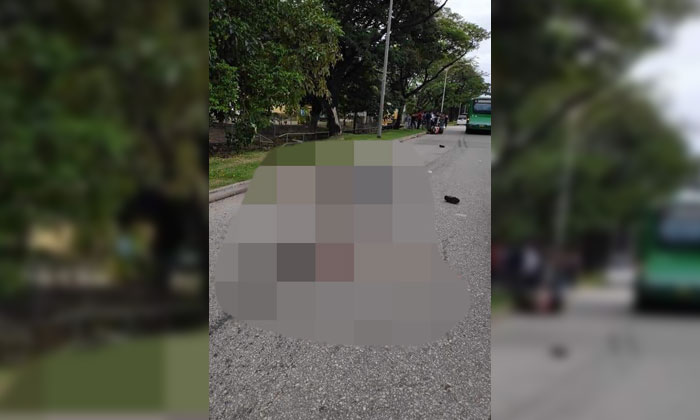 A 37-year-old rider died after he was involved in an accident with a private bus in Tuas on Monday (Jan 29).

Stomper Ah Boy alerted Stomp to the accident and shared photos taken at the scene that were being circulated on WhatsApp.

The photos showed the motorcyclist lying on the road with a pool of blood near his head.

His shoes and sock had flung off his feet.

In the background, a green private bus is seen parked several metres in front of him by the side of the road.

In response to a Stomp media query, the police said they were alerted to the accident in front of 59 Gul Road at about 5.32pm.

"The motorcyclist, a 37-year-old man, was pronounced dead by paramedics at the scene," a spokesman said.

Shin Min Daily News identified the victim as Lin Ruilang, a machine maintenance worker who has been riding for over a decade.

His friend told the paper that he was working at Tuas Naval Base.

He was believed to be on the way home from work when the accident happened.

"His family is heartbroken and anxious to know what happened. I hope witnesses can help provide more information on the accident," his friend of several years said.