66-year-old cyclist dies after getting hit by car in Yishun, driver arrested 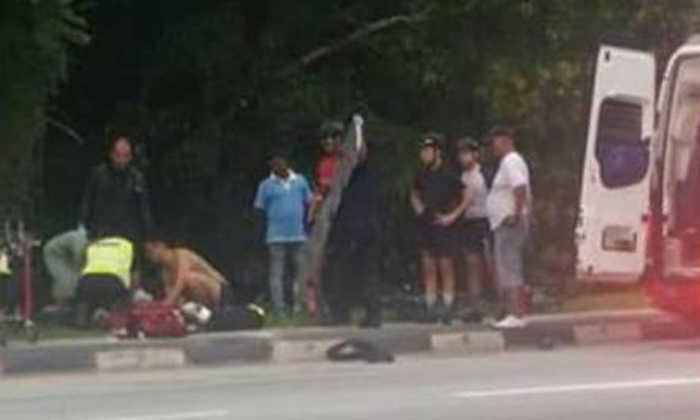 An elderly cyclist died in hospital after getting hit by a car along Yishun Avenue 1 on Christmas Day (Dec 25).

In response to a Stomp query, the police said they were alerted to the accident, which occurred in the direction of Lentor Avenue, at 7.04am.

"The cyclist, a 66-year-old man, was unconscious when conveyed to Khoo Teck Puat Hospital, where he subsequently succumbed to his injuries," added a police spokesman.

The 26-year-old car driver has been arrested in relation to the case.

A Stomper alerted Stomp to photos of the accident scene, which the victim's daughter, Ms Tan, posted on Facebook.

According to Ms Tan, her father was involved in a hit-and-run accident while cycling near Yishun Dam.

She later said in an update that the driver "surrendered after going home and confessed to family members" who apparently told the driver to turn himself in.