Rider dies from injuries after accident with truck along BKE 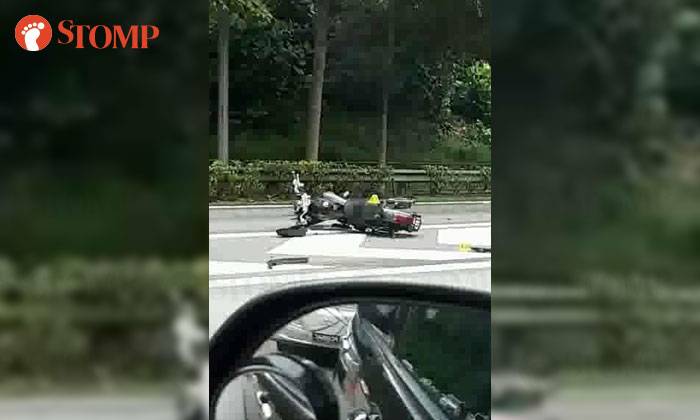 A 53-year-old rider died after he was involved in an accident with a truck along the Bukit Timah Expressway (BKE) towards Woodlands on Sunday afternoon (Dec 16).

Stomper Mike alerted Stomp to the accident and shared a video taken of the scene as he was passing by at about 4.15pm.

In the video, several police vehicles are at the scene along with a tow truck.

A motorcycle is seen lying on the road near the Mandai Road exit.

In response to a Stomp media query, the police said they were alerted to the accident at about 2.44pm.

"The rider, a 53-year-old man, was unconscious when conveyed to Khoo Teck Puat Hospital where he succumbed to his injuries," a police spokesman said.