Monkey steals cup noodles in NTU, then scales railing to open it 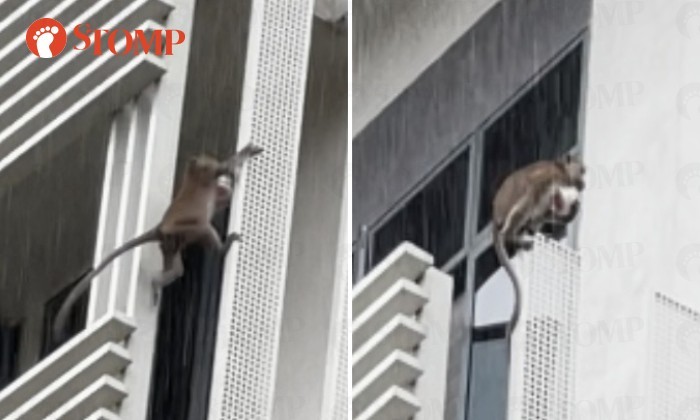 Stomper Tim was fascinated when he saw a monkey scale a long railing in a bid to get away after he stole what appeared to be cup noodles at Nanyang Technological University's (NTU) Pioneer Hall.

Tim, who is a former NTU student, was with his friend on campus on Sunday (Jan 10) when he spotted a monkey grab a bowl of cup noodles and run away with it.

In the video, the monkey can be seen holding what appears to be cup noodles. It then jumps onto a nearby railing and climbs all the way to the top before attempting to open its newfound treat.

"It can't be seen clearly in the video but I'm pretty sure the monkey was holding some cup noodles," Tim said.

"I saw him try to open the cup noodles then after that, he tossed it down to the ground. This is actually so amusing.

"I guess this is a good reminder for all hall residents to close their windows and doors when they're not in. They may not be aware of these little 'burglars' lurking around."