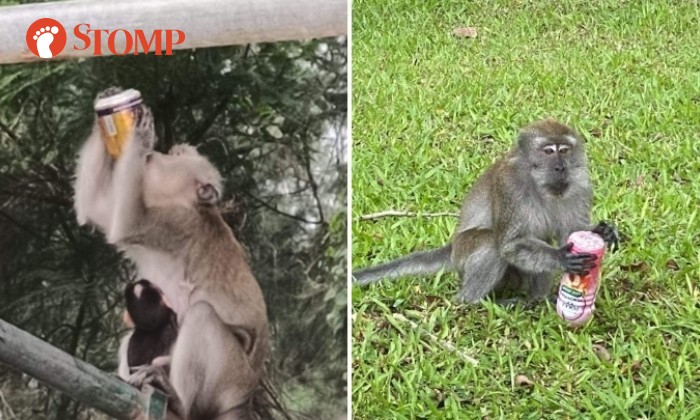 When a monkey snatched a cup of Koi bubble tea from a woman earlier this week, most netizens believed it was a one-off thing.

Turns out, other monkeys were also up to no good.

Stomper Tran was with his friend buying drinks from a vending machine at MacRitchie on Nov 12 when a monkey sneakily came up to them from behind. 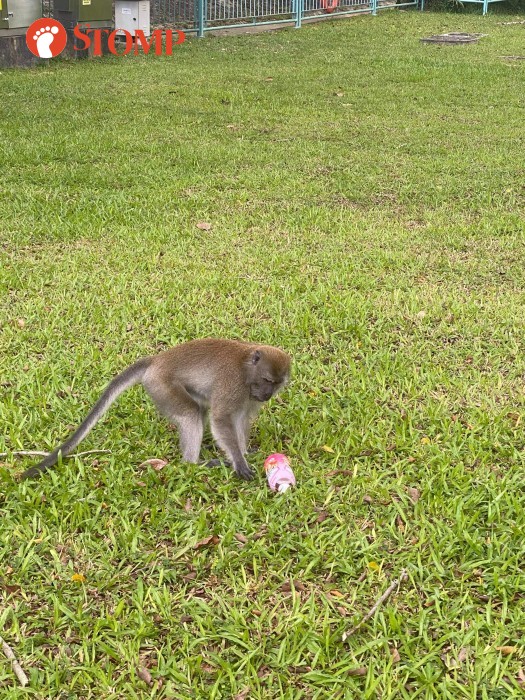 "We were near the vending machine and my friend was holding a bottle of Pokka Peach Tea when a monkey quietly came towards us," Tran said.

"Then, the monkey just snatched my friend's drink! We were both in shock."

Tran added that his friend told the monkey to "give it back", but to no avail.

"The monkey started to call all his friends to come, and we got scared. So, we just left quickly," Tran said.

In a separate incident, Stomper Jin told Stomp on Monday (Nov 16) that another monkey's antics cost someone his drink.

"I was at Punggol East when I saw a monkey snatch a Red Bull drink from a worker," Jin said. 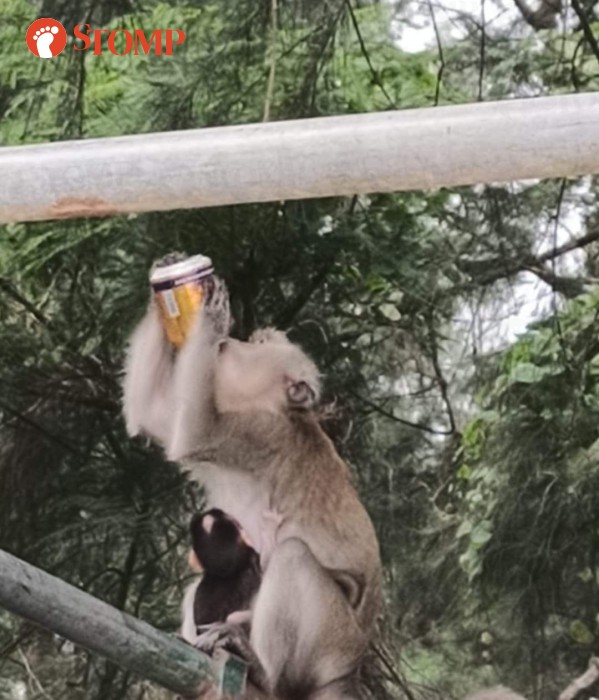 In the photo that Jin sent, the monkey seems to be thoroughly enjoying the cold beverage.