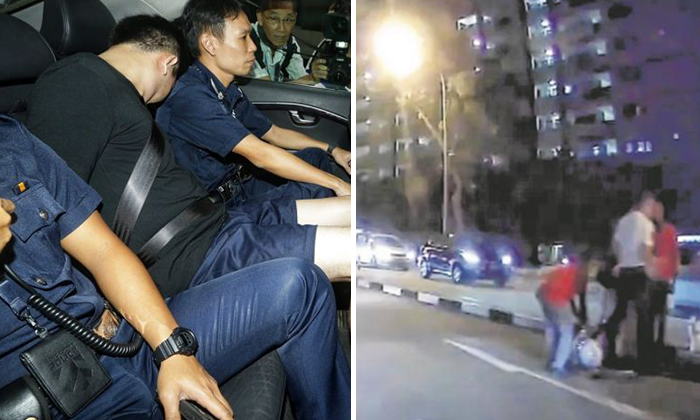 Maserati driver, Lee Cheng Yan, 33, who was involved in a hit-and-run accident with a Traffic Police officer last Friday night (Nov 17), is now under investigation for offences including online gambling and unlicensed money lending.

In addition, Lee was also given an additional charge of driving while under disqualification, the court heard on Friday (Nov 24).

Lee was first arrested on Saturday morning (Nov 18) and charged with causing grievous hurt by performing a rash act, reports The Straits Times.

He had been asked to stop during an enforcement check along Bedok Reservoir Road the night before, but instead, accelerated towards Staff Sgt Khairulanwar, 26, dragging him for about 100m.

Lee is currently held in remand at Bedok Police Division for investigations.

Deputy Public Prosecutor Quek Jing Feng said that Lee may face additional charges, and has applied for Lee to be held in remand for another week for further investigations.

DPP Quek said that forensic works needed to be done on devices such as computers and mobile phones.

Lee was charged with driving under disqualification on Friday (Nov 24).

He had been banned from holding or obtaining a driving licence for nine months which ran from July 4, 2017, to April 3, 2018, during the time of the hit-and-run.

This was not the first time Lee had driven while under disqualification.

If convicted of causing grievous hurt by performing a rash act, Lee faces up to four years’ jail and fined up to $10,000.