Father of Maserati driver who hit TP officer: "I want to express my apology to the victim and his family" 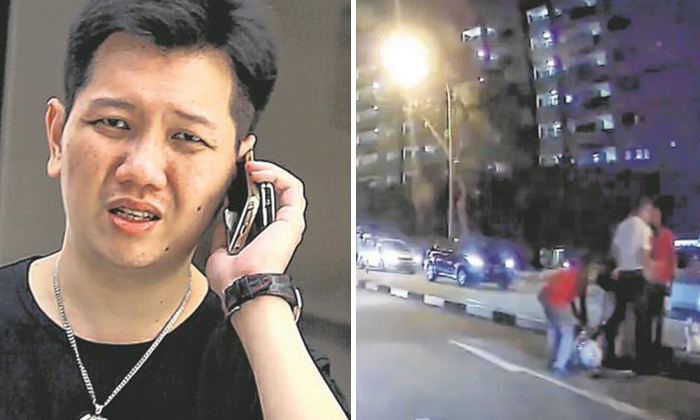 The father of Maserati driver Lee Cheng Yan, 33, who fled after hitting an on-duty Traffic Police officer along Bedok Reservoir Road on Friday (Nov 17),  said he wanted to apologise to the victim and his family.

A video of Lee speeding off and dragging the officer along was captured and posted on ROADS.sg.

The 26-year-old officer was allegedly dragged for about 100 meters and sustained multiple injuries.

Lee later abandoned the car at Cedar Avenue, about 9km away from the accident site, and hid at a friend’s home.

He was arrested the following morning and charged in court.

Reporters subsequently visited a flat in Potong Pasir where they spoke to Lee’s father.

According to Lianhe Wanbao, Lee’s father, a taxi driver, would often pay for the traffic fines incurred by his son, and often told him off for the reckless driving.

The man, wracked with guilt, said:

“I want to express my apology to the victim and his family.”

He also added that he was very upset with his son for his actions.