Man woke cleaner up to offer birthday cake, ends up arguing with him and breaking his jaw 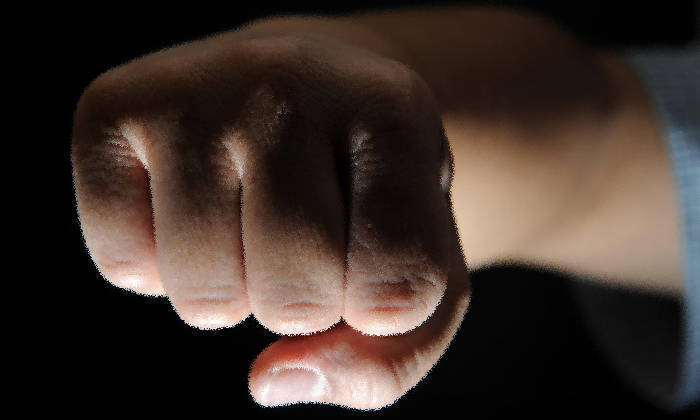 On his birthday, a man punched a cleaner and fractured his jaw during an argument over the victim sleeping in a bin centre.

Sanjeevan Maha Lingam, 43, was jailed for 21 months and 4 weeks in court on Wednesday (May 18) for this offence on Sept 24 last year and several others, including hurling racist comments at a police officer.

The Singaporean pleaded guilty to a total of five charges - one for voluntarily causing grievous hurt, two for using criminal force to deter a public servant from discharge of his duty, and two under the Protection from Harassment Act.

Court documents do not mention what Sanjeevan was working as at the time of his offences.

Deputy Public Prosecutor Jordon Li said the cleaner had finished work at about 7pm and gone to sleep on a sofa in the bin centre at Block 1 Jalan Kukoh.

Sanjeevan woke the cleaner up at about 11.15pm, and they got into a dispute over the cleaner resting in the bin centre.

"In the course of the dispute, (Sanjeevan) punched the victim once on his left cheek, with intention to cause grievous hurt to the victim," said DPP Li.

When the cleaner went to see a doctor for pain in his jaw the next day, an X-ray revealed he had suffered a jaw fracture and needed to undergo surgery.

During his mitigation, Sanjeevan, who did not have a lawyer, said he had no one to celebrate his birthday with as his parents were not around.

His decision to wake the cleaner up to give him a piece of cake had led to the dispute, he added, without providing more details.

Twelve days earlier, on Sept 12, two police officers responded to a report about a disturbance caused by a drunk at Hong Lim Market and Food Centre.

Sanjeevan, who was holding a bottle and reeking of alcohol, became agitated and used abusive language on an officer who was talking to him. The officers arrested him and seized a plastic stool that he had allegedly thrown.

When he was in a lock-up at the Police Cantonment Complex, Sanjeevan sat on a bench with his left arm cuffed to it while holding a slipper in his other hand.

As one of the officers was filing a report about the plastic stool, Sanjeevan threw the slipper and it hit her left arm. The officer was not injured.

In another incident on Feb 21 this year, Sergeant Muhammad Firdaus Hussain and his partner were dispatched around 1.15pm to check on a report that a man was harassing women in the vicinity of Block 34 Upper Cross Street.

While patrolling the area, the officers came across Sanjeevan at a fitness corner in 51 Chin Swee Road and approached him as he fit the description of the suspect in the report.

After finding a glass pipe in his backpack, they arrested him and took him to the Police Cantonment Complex.

While waiting for his antigen rapid test swab to be taken at the station, Sanjeevan refused to comply with the officers' instructions and repeatedly pulled down his mask.

He then suddenly stood up, pulled down his mask and spat on Sergeant Firdaus' face. He also hurled racist insults at the officer.

Calling for a jail sentence of two years, three months and four weeks for Sanjeevan, DPP Li cited a list of his prior offences while noting that he was no stranger to violence and had shown repeated defiant conduct towards authority.

For voluntarily causing grievous hurt, Sanjeevan could have been jailed for up to 10 years and fined or caned.

For using criminal force to deter a public servant from discharge of his duty, he could have been jailed for up to four years or fined, or both.

For an offence under the Protection from Harassment Act, he could have been jailed for up to two years, fined up to $10,000, or both.