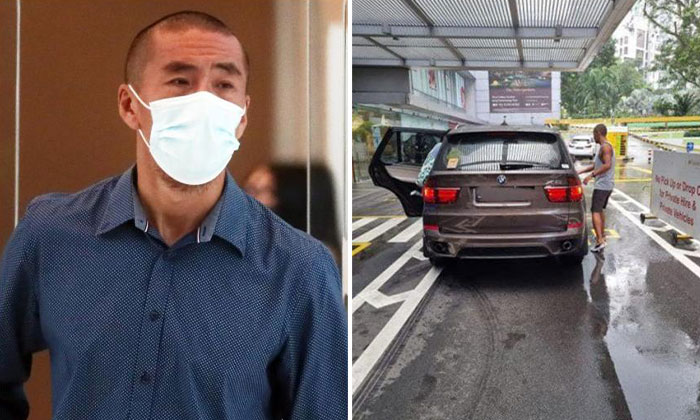 A man who allegedly shoved a security officer at United Square, causing him to fall and fracture his left wrist, was handed an assault charge on Wednesday (April 27).

Chinese national Wang Lin, 41, is accused of voluntarily causing grievous hurt to Mr Prakash Govindan Damodaran, 56, at a taxi stand outside the Thomson Road shopping mall at around noon on Nov 6 last year.

Wang is a Singapore permanent resident and his case has been adjourned to May 18.

The Straits Times had earlier reported that before the incident, a security officer had signalled for the driver of a large sport utility vehicle to stop after the latter drove into a barricaded lane at a drop-off point at United Square.

The driver of the BMW X5 then stormed out of the vehicle and allegedly shoved the officer, who fell to the ground.

In February, the Union of Security Employees shared details of the incident on its Facebook page to highlight the physical and verbal abuse security guards endure at work.

Police said in a statement on Tuesday that offenders who harass and abuse security officers in the course of their work will be firmly dealt with.

A police spokesman added: "Security officers play an important role in ensuring the safety and security of the premises and of the occupants where they are deployed.

"Due to the public-facing nature of their work, they face a greater risk of confrontation with people when carrying out their duties."