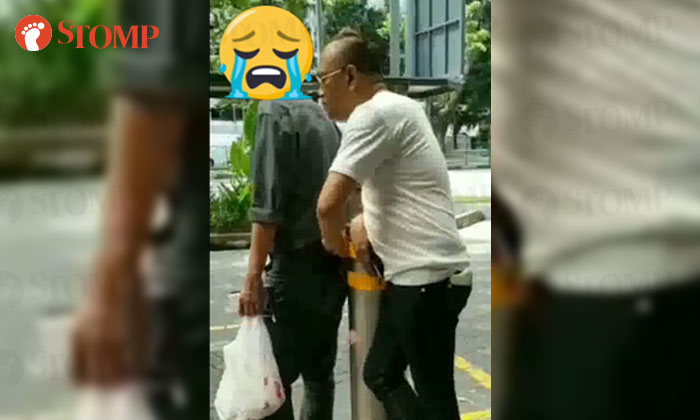 A 51-year-old man who was caught on video pulling a wallet out of an older man's pocket at AMK Hub's taxi stand was arrested on Monday (Feb 18).

Stomp previously reported on the incident that happened on Valentine's Day afternoon (Feb 14).

Stomper Ayihtnas had shared a video she took of the man standing very close to the uncle before taking the wallet from him without him noticing.

She told Stomp she had taken the video after witnessing the man fail the first time because she wanted to "catch him in the act".

Shortly after, she and her friend alerted the older man who then went after the guy who took his wallet and managed to retrieve it.

The victim, Stomper Tan, also reached out to Stomp to share what had happened.

He had received the video from Ayihtnas's friend via WhatsApp after the incident and subsequently made a police report.

The police said in a statement on Monday that the 51-year-old man was arrested for his suspected involvement in a case of theft.

After receiving a report on Feb 14, officers from Ang Mo Kio Police Division established the identity of the suspect through ground enquiries and with the aid of police cameras and arrested him on Feb 18.

The man will be charged in court on Tuesday (Feb 19) with theft under Section 379 of the Penal Code, Chapter 224.

If convicted, he may be sentenced to three years' jail, a fine, or both.