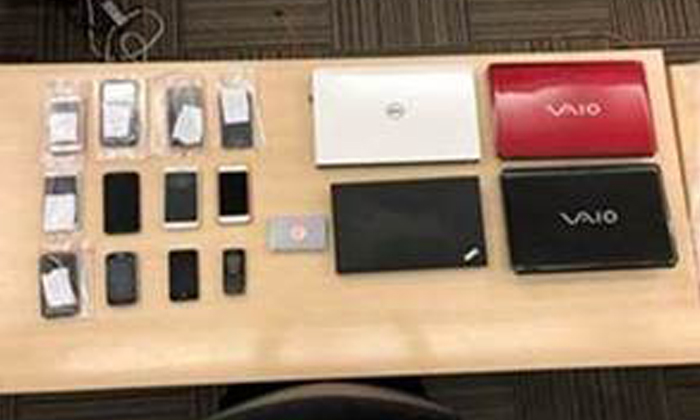 A 35-year-old man was arrested along Kovan Road on Sunday (Sep 30) for allegedly trying to extort $500,000 from Standard Chartered Bank.

The police received a report on Sep 27 at around 7pm from Standard Chartered, saying that it received anonymous emails demanding $500,000 in exchange for non-leakage of confidential information belonging to the bank.

Through follow-up investigations by officers from Bedok Police Division, the suspect's identity was established and he was subsequently nabbed.

Several laptops and mobile phones were also seized from him.

Preliminary investigations revealed that the man is believed to have used multiple fictitious email accounts to deliver the emails, said the police in a news release.

He is also believed to have used overseas registered mobile lines and ‘Virtual Private Network’ services to mask his identity to evade detection.

The man will be charged in court on Tuesday (Oct 2) with attempted extortion, which carries a jail term of two to five years, and caning.

According to The Straits Times, Standard Chartered Bank said in a statement: “We have actively engaged and assisted the relevant authorities on this matter involving an attempted extortion.

"This is not related to our customer data or systems which remain secure. This was an isolated incident and was not a result of an external cyber security-related threat.

"We would like to thank the Singapore Police Force for their swift actions in solving this case.”