Man who demanded $50k from teen in sex video and turned up drunk in court gets jail, caning 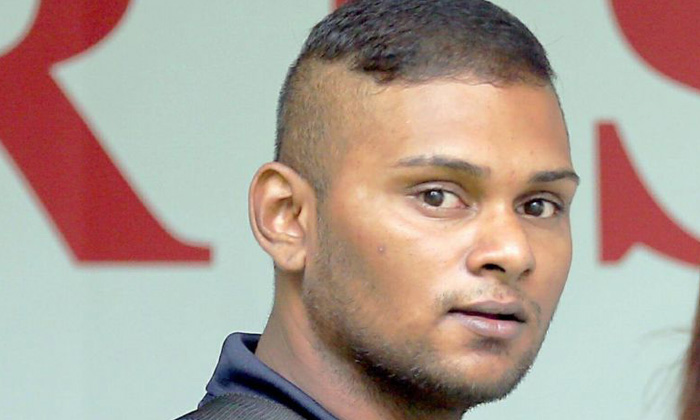 An unemployed man was sentenced to jail and caning on Monday (Jul 23), months after his release from a reformative training centre.

Naveenthiran Thevathas extorted $2,000 from a teenager after getting clips of him having sex with a girl in a toilet, reports The Straits Times.

The 21-year-old, who arrived in court drunk last Thursday (Jul 19), was sentenced to four years and two months' imprisonment, and three strokes of the cane.

Besides pleading guilty to extortion, Naveenthiran also pleaded guilty to an unrelated theft charge on July 9.

A strict procedure, that includes foot drills and counselling, must also be adhered to.

After serving nearly two years in the centre for offences such as extortion, theft, and methamphetamine consumption, Naveenthiran was released in April 2017.

In January this year, Naveenthiran found two videos of an 18-year-old girl having sex with a 17-year-old boy in a toilet, after obtaining the girl's mobile phone from a mutual friend.

He then decided to extort money from the boy using the videos.

Deputy Public Prosecutor Shen Wanqin told the court that Naveenthiran sent one of the videos to the boy on Feb 14 and demanded $50,000. The teenager subsequently made a police report on the same day.

DPP Shen said: "[The boy] managed to raise cash of $2,000 in $50 denominations. A party of police officers was then briefed to conduct an operation to arrest the accused."

On Feb 15, the boy told Naveenthiran that a sum of $8,000 was raised. The latter then colluded with another friend, Nitesh Naidu Raj Kumar Naidu, 23, to assist him in collecting the money.

Naidu and Naveenthiran were subsequently arrested at Woodlands Avenue 1, where they absconded to after collecting the money.

On Monday, Naveenthiran's lawyer, Mr Mohamed Fazal Abdul Hamid, pleaded for a sentence that was "not too crushing" and claimed that his client was remorseful.