Man who took $99 bluetooth headset at AMK Hub, you have till Sunday before staff makes police report 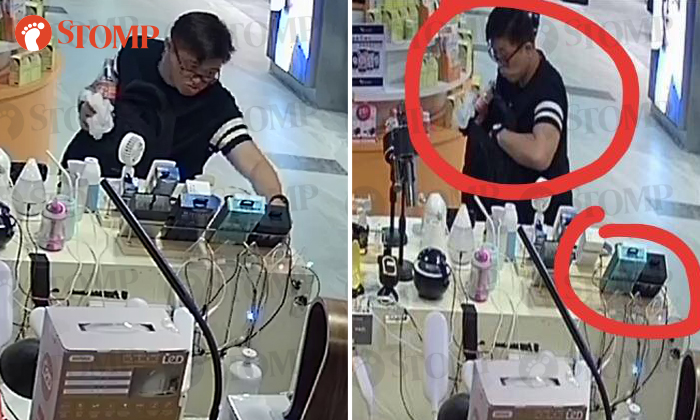 A man was caught on camera taking a wireless bluetooth headset from a shop in AMK Hub on Thursday (Oct 25), at around 5.48pm.

Stomper Anonymous, who is an employee at the shop located on Basement 1 of the shopping mall, contributed video footage that showed the man in the act.

Anonymous said that the man, who appeared to be in his 40s, took a WK Design BD800 Twins Wireless Bluetooth Headset worth $99.

In the video, the man can be seen taking a box from the shop counter, where it was on display, and looking at it.

He then slipped the box into his backpack slung over his torso, before walking off.

The Stomper added: "I am giving this uncle a chance before I report him to the police with evidence. The deadline to return the item is this Sunday (Oct 28)."

According to Anonymous, he was serving another customer and had his back turned at the time of the incident, which was why he did not notice the man.