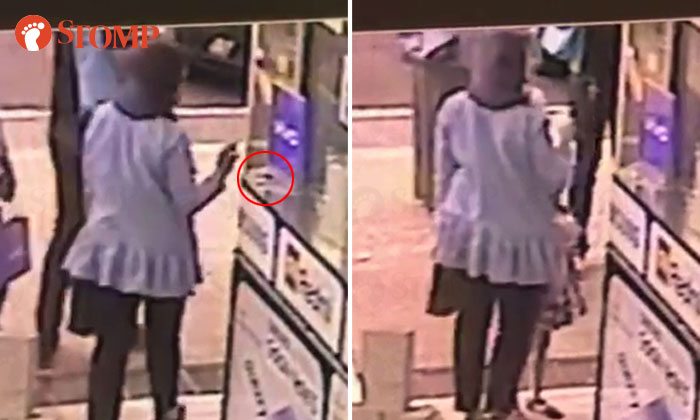 A woman was caught on video taking a phone that did not belong to her at a shop along Race Course Road on Dec 7 at about 4.30pm.

She had left her Apple iPhone 6 Plus 64GB on a counter and left the store without it.

In the video, another woman is seen picking up Shipon's phone after she leaves.

She puts it back on the counter but shortly picks it up again and walks out with it.

Shipon told Stomp she made a police report the day after the incident.

"I don't want to make trouble for them, I just want to communicate," she said.

"If I get back my phone, I will withdraw my police report."

If you have any information regarding the Stomper's phone, kindly contact Stomp at stomp@stomp.com.sg or WhatsApp 9384 3761.