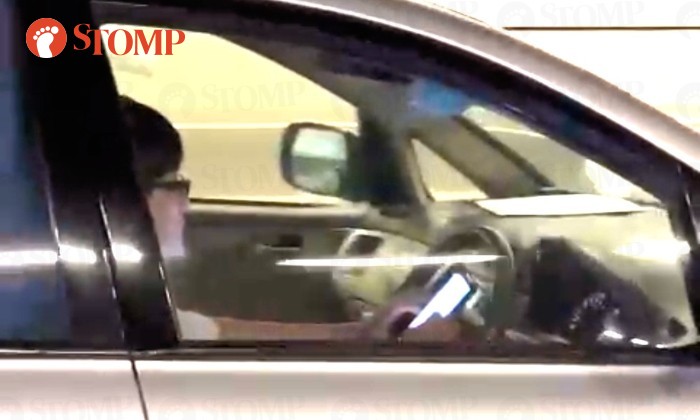 A man was caught on video using his phone while driving along the Marina Coastal Expressway (MCE) on Tuesday (Oct 27).

A Stomper, who took a video of the incident at 9.23pm, was shocked that someone was driving and using his phone at the same time.

In the video, the man can be seen using both hands to type on his phone while driving.

"This driver used his phone continuously for more than ten minutes while on the road," the Stomper said.

"I was a passenger in my friend's car and my friend sounded the horn to warn him, but the driver ignored us.

"After that, when my friend drove beside him, we saw that he started wearing his seatbelt.

"These kinds of people should not be driving on the road. He is endangering the lives of other road users."

Under the Road Traffic Act, a driver of a vehicle who holds in his hand a mobile communication device and operates any of its communicative or other functions while the vehicle is in motion on a road or in a public place is guilty of an offence and is liable on conviction to a fine not exceeding $1,000 or to imprisonment for a term not exceeding six months or to both.