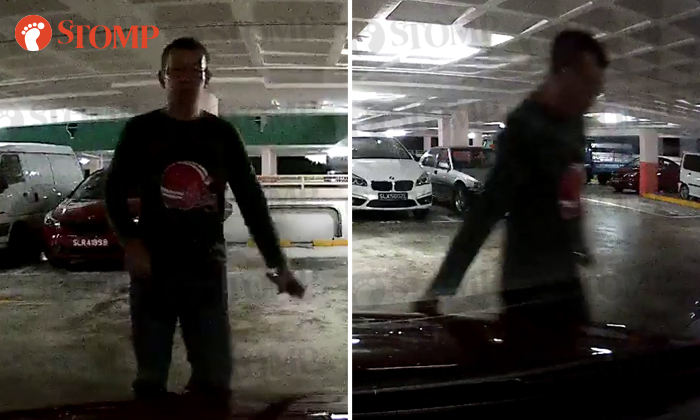 Most people would think twice about doing something they know they are not supposed to when they realise they are being watched -- but not this guy.

He tore out an emblem badge from Stomper Anonymous's car despite apparently noticing her in-car camera and looking right into it.

The incident occurred at the multi-storey carpark of Block 305 Woodlands Street 31 last Wednesday (Dec 5), at around 7.15pm.

Anonymous told Stomp that she had parked her car there from around 6.30pm to 8pm to attend her cousin's store opening.

When she returned to the carpark, she noticed that her emblem of the German flag was missing from her car grille and in its place was a black spot. 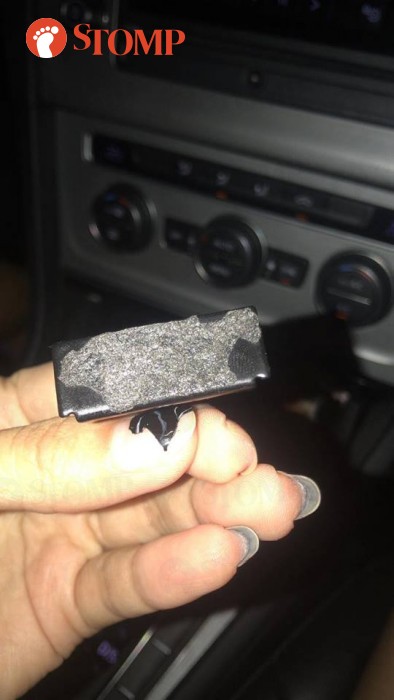 As the emblem was colourful, the now empty spot was especially noticeable.

Anonymous said: "I told my mum, who said maybe the wind had blown it away. But I thought it was impossible and took a good look at my in-car camera footage."

That was when she realised that the emblem had been torn out by a man who walked past her car.

Anonymous identified the culprit as the driver of a Volkswagen that had parked one car over.

She added: "It's not about the cost of the emblem. It’s about him, needing to learn how to be a gentleman of complete integrity.

"He saw the camera and yet he still went ahead with his actions.

"Never take something away from someone that doesn't belong to you."