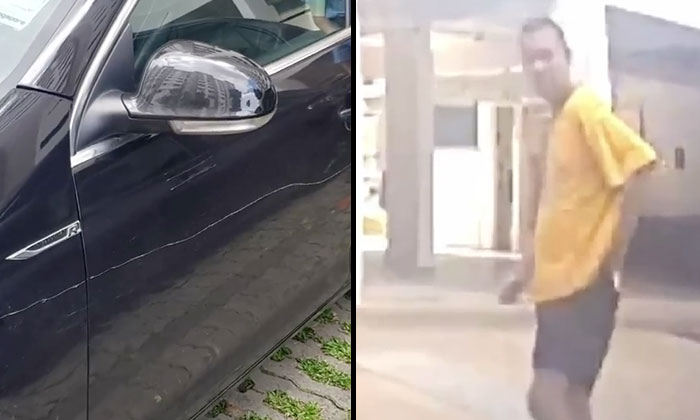 A car owner recently uploaded a post on road.sg’s Facebook page, warning the public about a man who allegedly scratched his car at the carpark of Block 805 Tampines Avenue 4.

In the ROADS.sg post, Facebook user Aaron Rajoo alleged that he had parked his car before going for lunch and came back to find his vehicle badly scratched. 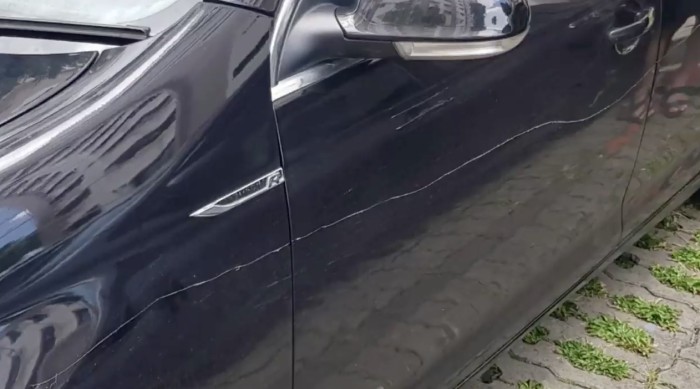 He then reviewed his video footage on his dashboard camera.

In the video, a grinding sound, akin to a sharp object getting dragged across a metal surface, is first heard.

Moments later, a man in a yellow shirt T-shirt is seen walking away and placing something into a back pocket on his shorts.

As he walks away, he turns and looks at Aaron’s car.

Said Aaron: "My car got badly scratched and I have this video of the incident.

"This guy just walked into the rear view of my camera. I just happened to visit this place for lunch and in return, this guy randomly scratched my car.

"Best to take note and not suffer the same fate as me."

It is unclear when the incident happened as there was no timestamp on the video.

Many netizens have since commented on Aaron’s post, with some criticising the man for his actions.

Said one netizen jokingly: "Catch him and throw a sack over his head. Beat the daylights out of him with a baseball bat."

However, others felt that the video was not substantial evidence.

Said a Facebook user: "This video is not enough to prove (that he did it). The driver has no case. Not only that, the man can choose to sue the driver."