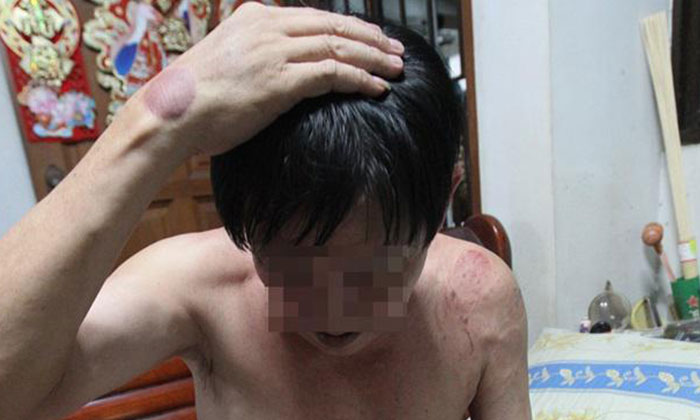 A 62-year-old man suffered a broken skull after a longtime feud between him and his 39-year-old neighbour of six years turned violent, when the pair met in the narrow corridors on the fifth storey of Block 137 at Yishun Ring Road.

The incident happened at around 11.45am on Sep 3, 2015 and the accused was charged with causing bodily harm via a rash act, receiving a six-month jail sentence yesterday (Feb 8), reports Lianhe Wanbao.

The two men were neighbours on the fifth storey of the block, but often squabbled over trivial matters and had a hostile relationship ever since two to three years ago, according to accounts from neighbours.

The victim recalled that he had met the accused on the day of the fight at the corridors where his assaulter started hurling vulgarities at him, which solicited a middle finger from the victim.

The victim then attempted to leave but the accused chased him down to the lift, and the two got into a fight.

The accused shoved the victim onto the lift walls, suddenly grabbing the victim by his shirt from the back and pushed him down the stairs.

The victim fell down the steps and landed on the stairway between the fourth and fifth storey, where he laid for around 15 to 20 minutes before returning home to seek assistance from his wife.

He found the accused’s spectacles crushed below him.

Upon going to a hospital, teh victim discovered that he had broke his skull and suffered brain haemorrhage.

The victim also suffered multiple fractures on his face and back, and had to be admitted to the Intensive Care Unit (ICU) for some time.

The fight was captured by a CCTV, but the accused denied having pushed the victim down the stairs, instead claiming that he had left for work earlier and did not know how the victim ended up falling.

Related Stories
5 men arrested for whacking and kicking motionless guy at AMK: Police
NSF pleads guilty to using criminal force on Amos Yee after grabbing and armlocking him at Jurong Point
Group of men whack and rain kicks on guy at AMK -- even when he is motionless on the ground
fight
neighbour
Yishun Ring Road
Yishun
injured