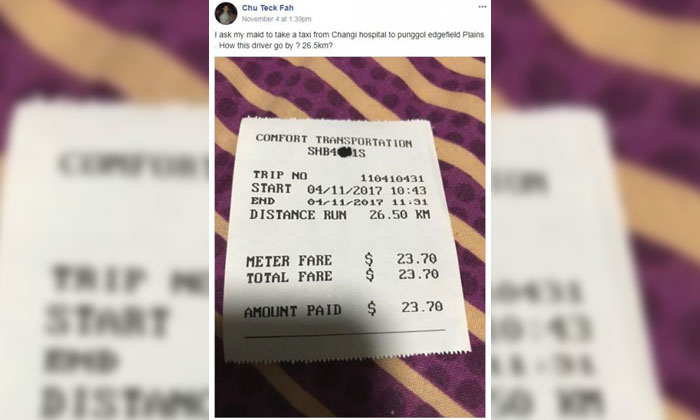 Facebook user Chu Teck Fah had asked his maid to take a taxi from Changi General Hospital to Edgefield Plains in Punggol on Nov 4 but was shocked by how much the fare was.

When he looked closely at the receipt, he noticed that the distance run was 26.5km.

He posted a photo of the receipt to Singapore Taxi Driver's Facebook group and wrote: "How this driver go by (sic)? 26.5km?"

When Stomp used Google Maps to check the distance from CGH to Edgefield Plains, the distance stated is just 12.1km by way of Tampines Expressway (TPE) via Tampines Avenue 10, or 14.1km via TPE from Upper Changi Road East. 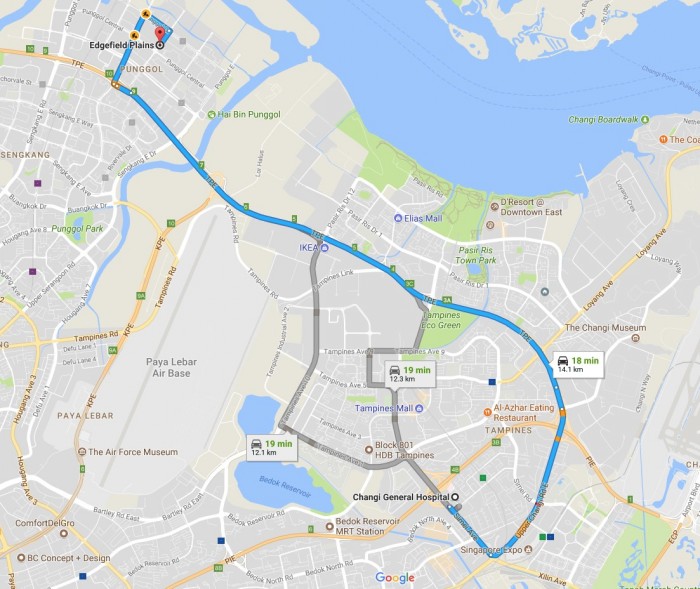 Netizens commented on Chu's post speculating that the driver probably took the Pan-Island Expressway (PIE) and Central Expressway (CTE) before taking the TPE:

On Nov 20, Chu posted a response that he allegedly received from ComfortDelGro in the comments. However, Stomp cannot verify it at this time.

Related Stories
Passenger's $84.05 Uber fare adjusted to $21.03 after Stomp report
Passenger repeatedly tries to pay for $19 car ride in rupees -- despite driver telling him it's not accepted
Cabby looking for passenger in Yishun whom he accidentally gave extra $10 change to
More About:
fare
expensive taxi fare
cabby
taxi