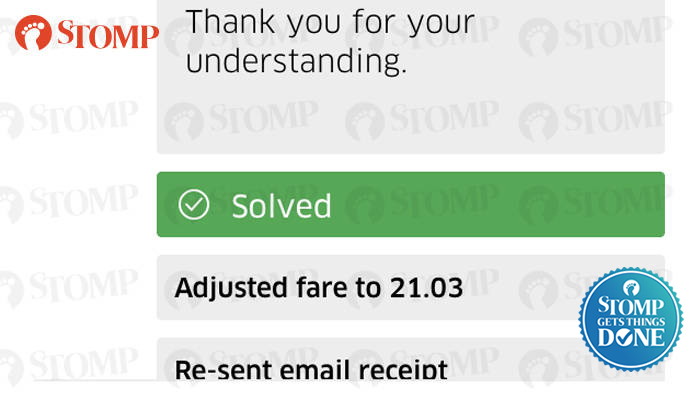 A passenger who was charged $84.05 for an Uber ride from King's Road to Changi Airport Terminal 2 on Sep 22 has had his fare adjusted to $21.03 by the transport company.

Stomper Mike had earlier expressed his surprise at the high fare as he had booked the trip during non-peak hours at 3pm.

He also said that taking a regular taxi from Changi Airport Terminal 2 back to King's Road only cost him $22, which was four times less.

According to Uberkit.com, a Nissan Elgrand -- which was the car that the Stomper took -- falls under uberXL, a more expensive service for high-capacity vehicles. FirstLane.com.sg, however, classifies the vehicle as an ExecLarge, which is also the priciest Uber service.

Stomp also did a check on Uber Singapore's website to get a fare estimate based on the same route that Mike took.

We found that taking an uberXL from King's Road to Changi Airport Terminal 2 would cost $36 to $47, while the ExecLarge service is priced at $106 to $139. 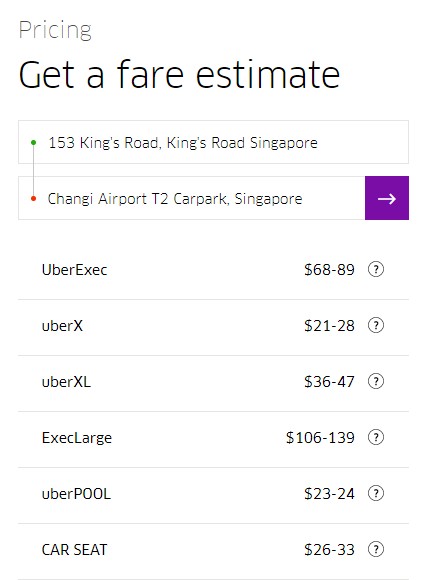 Mike said yesterday (Sep 28) that following his Stomp report, Uber has since adjusted his fare to $21.03.

Uber also recommended that he look at the rates for different vehicle options on its app and double check the vehicle option that is listed before making a booking.

Mike told Stomp: "Thanks for reporting about my overpriced fare and for educating other consumers. Stomp's fare estimate was a big help in helping me get a fare reduction."