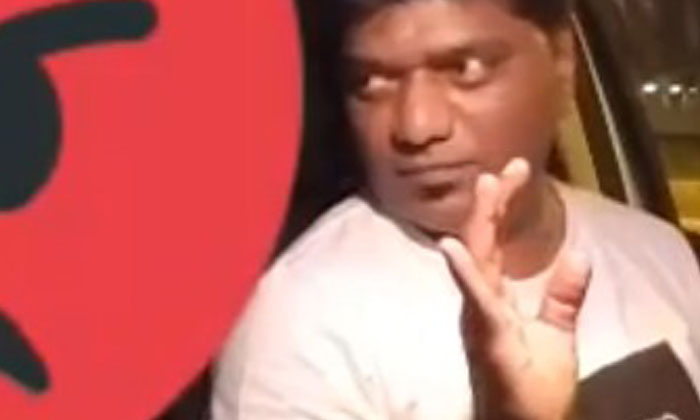 A passenger kept trying to pay for his $19 car ride fare in rupees, despite the driver informing him that he will not be accepting the foreign currency.

In a video of what happened posted by Uber Trooper on Sep 17 and backdated to Aug 17, the passenger can first be seen boarding the car and telling the driver to go back to a hotel.

Based on the video's caption, the passenger had previously been stopped near an ATM machine for him to withdraw money to pay his fare.

However, he later boarded the vehicle and informed the driver that he had no Singapore currency on him. Uber Trooper said that there was 'some problem' with his card.

He then told the driver that he wanted to 'go back' and exchange money to pay for the trip.

The driver refused his request.

The passenger, who appeared to be slightly unresponsive, then asked the driver if he intended to leave him on the road, to which the latter replied "no, you are free to do what you want".

At around the halfway mark of the video, the passenger told the driver that he did not want to bother him.

The driver, however, was getting increasingly frustrated and said that he will call the police if the matter cannot be resolved.

The passenger subsequently offered to pay 2,000 rupees (S$42), but was told that foreign currency will not be accepted.

A comment made by Uber Trooper on the video stated that the notes offered to the driver were 'crumpled and the denominations were Rs500 and Rs1000'.

In November last year, The Straits Times reported that following India's ban on old 500 and 1,000 rupee notes, money changers and banks here will no longer accept such denominations.

The passenger had previously tried to pay in rupees before the video was taken, but the driver already rejected him then as they were no longer legal tender.

In the video however, the driver can be seen continuously pleading and urging the driver to accept rupees.

Towards the end of the video, the passenger can be heard saying "things have gone wrong here please, don't, don't bother, please".

The driver lost his patience at the point, and told the passenger loudly to get out of the vehicle.

The passenger complied and alighted the car.

According to the caption on the video, the passenger was drunk when the video was recorded.

Related Stories
Who's right, who's wrong? Cabby and passenger argue over whose route to take for flat fare ride
Biker makes illegal turn from pavement -- then allegedly confronts driver who recorded what happened
Man behaves like hooligan, taunts driver after getting honked at for jaywalking in Bedok
More About:
rude
inconsiderate
fare
money
dispute
passenger
driver