Man stabbed victim twice with knife after argument, warned witness that he would be next 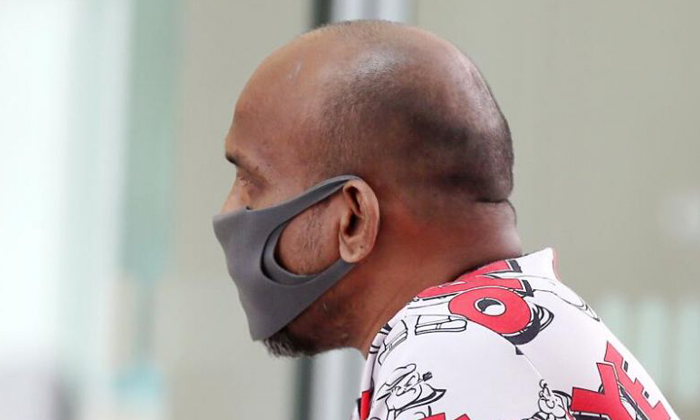 A 51-year-old man retrieved a 34cm-long knife, which he had earlier thrown into a bush, and stabbed another man twice in his abdomen after a heated argument between the two.

The attacker, Sangaran Somasundram, then warned a witness that he would "be next" if he called for help.

Sangaran, pleaded guilty on Tuesday (Sept 29) to one count of voluntarily causing grievous hurt by dangerous weapons and means, as well as another charge under the Misuse of Drugs Act for consuming drugs a few days prior to the incident.

Two other charges, one of which was drug-related and the other for criminal intimidation, will be taken into consideration for sentencing.

The court heard that Sangaran and the victim, Mr Peter Neswaran Bhuaneswaran, 34, would occasionally run into each other in their neighbourhood and get into arguments.

On May 28, 2019, Mr Peter met a friend, Mr Jayachandran Balakrishnan, at about 11pm at the park area in front of Block 110D Punggol Field for drinks.

Sangaran then threw the 34cm kitchen knife with a 21cm blade into a bush nearby and joined them.

When Mr Jayachandran left the group to relieve himself, Sangaran and Mr Peter began arguing and the former retrieved the knife from the bush.

By the time Mr Jayachandran returned, the argument was heated and he told Sangaran to go home.

However, Sangaran refused and continued arguing with Mr Peter.

The victim collapsed, hitting his head as he fell.

When Mr Jayachandran ran to a payphone, Sangaran, who was still holding the knife, followed him and told him not to call for help, and warned that he would "be next" if he did not listen.

Mr Jayachandran ignored him and called for an ambulance.

Police arrived soon after and Sangaran was arrested.

Mr Peter suffered multiple lacerations to his abdomen, colon, and forehead and was hospitalised for seven days and given medical leave for 57 days after his discharge.

On the drug offences, the court was told that Sangaran was arrested on May 25 last year at Punggol Neighbourhood Police Centre. He had surrendered and admitted to consuming "Mushroom", one of the street names for new psychoactive substances (NPS). Court documents did not make clear why he had surrendered.

A urine test showed that he knowingly consumed the drug on or before May 23, 2019.

In mitigation on the charge of causing grievous hurt, Sangaran's lawyer Pramnath Vijayakumar from the Criminal Legal Aid Scheme, said that his client had acted because of disparaging remarks made against his wife, who uses a wheelchair and was formerly a sex worker, and himself.

Sangaran's case is expected to be heard again on Dec 8.

Related Stories
Man who stabbed wife 13 times as he believed she was having an affair gets 10 years' jail
Boon Tat Street death: Man stabbed son-in-law thrice after telling him 'you are too much'
Man arrested for Geylang assault after victim found with stab wounds on torso
More About:
court
stabbing
threaten