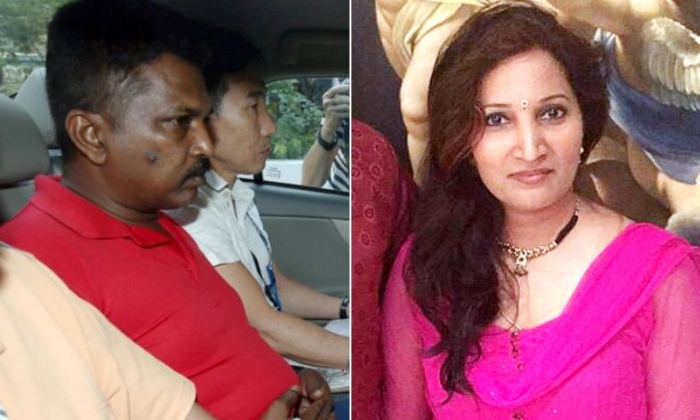 A bus driver, who believed that his wife of 28 years was having an affair and stabbed her to death, was sentenced to 10 years' jail by the High Court on Friday (Sept 18).

Krishnan Raju, 53, had pleaded guilty in July to a charge of culpable homicide for killing Madam Raithena Vaithena Samy, 44, on the night of Oct 26, 2017, at their Loyang Gardens condominium.

He was originally charged with murder for the killing, in which he inflicted 13 stab wounds on his wife, including five to the chest which were fatal.

The charge was reduced after he was diagnosed by an Institute of Mental Health (IMH) psychiatrist with a delusional disorder, also known as morbid jealousy, in which the sufferer is preoccupied with the thought that his spouse is unfaithful, without any real proof.

Krishnan was so preoccupied with his wife's unfaithfulness that he could not cope with his job and started drinking heavily in the weeks leading up to the killing.

In sentencing, Justice Hoo Sheau Peng said that while the attack was "largely unprovoked" by the victim, it was not pre-meditated.

The judge noted that attack was triggered after Krishnan listened to an audio recording of his wife's conversation, which he believed confirmed his suspicions about her infidelity.

She said Krishnan's self-intoxication and his failure to seek help after he stabbed his wife were factors that aggravated his offence.

However, the judge accepted that he was remorseful and had surrendered to the authorities the next day. 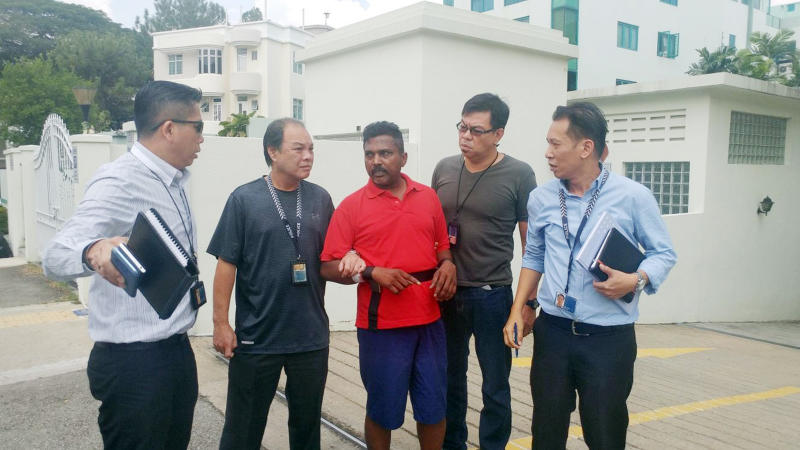 The court heard earlier that Krishnan had been very possessive of Madam Raithena, an operations executive.

Family members, including their two children, aged 22 and 20, noticed that he kept tabs on her whereabouts.

The couple's relationship started breaking down in December 2016.

Krishnan felt that her attitude towards him had changed. He claimed that she often came home late in a drunken state and made excuses not to have sex with him.

He began stalking her, and once showed up at her hotel when she went to Malacca for a company event.

He checked her phone and underwear and also accused her of cheating on him in front of other family members, which led her to ask for a divorce.

Following an argument in October 2017, when he threatened suicide, Madam Raithena moved out of the master bedroom to sleep in her daughter's room.

Krishnan then planted an audio recording device in that room to listen to his wife's conversations.

On the night of the killing, Krishnan started drinking as he listened to a recording in which he heard his wife laugh and mention a man's name, "Saravanan".

After Madam Raithena returned home from work and went to take a shower, he barged into the bathroom and stabbed her with a kitchen knife.

He dragged her out to listen to the audio clip, and when she struggled and begged him to stop, he stabbed her repeatedly and grabbed her neck until she stopped moving.

Krishnan left the flat and fled to Johor Baru, where he stayed with his elder brother.

His daughter and nephew found Madam Raithena's body at about midnight.

Krishnan returned to Singapore the next morning and surrendered himself.

Police investigations revealed that Madam Raithena had been having an affair with a male colleague since November 2016, but none of her family members or friends knew about it.