Man snatches phone worth over $1,000 and dashes out of store at Peninsula Shopping Centre 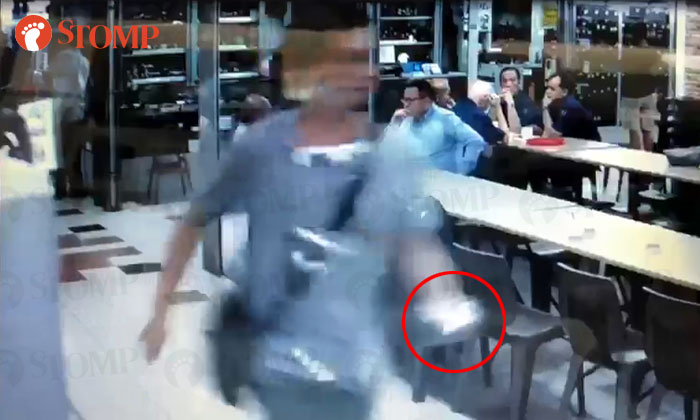 A man was caught on camera making a run for it after allegedly grabbing a phone from a store at Peninsula Shopping Centre on June 19 at about 3pm.

Stomper Jenny, an employee of the store Peninsula Traders, shared closed-circuit television (CCTV) footage with Stomp of the man running.

She told Stomp that the man snatched the phone from the store's counter while she was not looking.

She added that there were "many customers" in the store at that time.

Jenny said the store does not have surveillance cameras and that she approached another shop for footage of the man.

In the video, the man, who is wearing a grey T-shirt, dark green Bermuda shorts and a sling bag, is seen running through the mall with the phone in his left hand.

Jenny is then seen running after him.

At publishing time, the phone is priced at $1,298 online.

"Anyone who watches this video and is also selling mobile phones, please be mindful when handling expensive phones," she said.

She has since made a police report regarding the incident.

In response to Stomp's media queries, the police said that they were alerted to a case of shop theft at Peninsula Shopping Centre on June 19.