Eh, why take phone that doesn't belong to you from Marsiling shop counter? 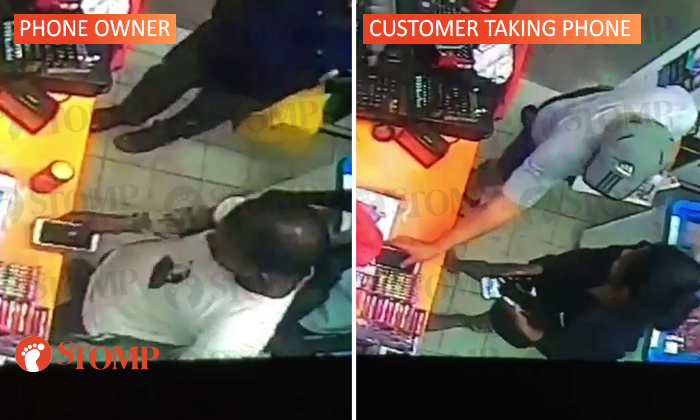 A man left his phone on the counter of a provision shop in Marsiling Road -- only for another customer to pocket it.

Stomper L, whose father owns the store, said he was the cashier there when the incident happened on May 27, at around 4pm.

A video contributed by L shows how the phone's owner had placed his mobile device on the shop counter and made his purchase.

The man also appeared to be distracted and was riffling through his bag. 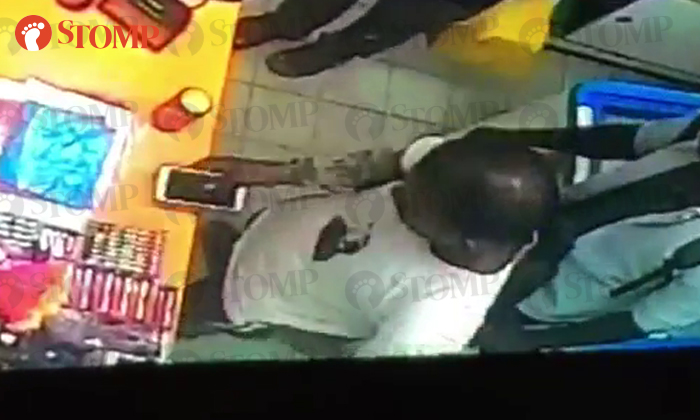 He then forgot about his phone and left the shop without taking it with him.

Shortly afterwards, a second customer was seen about to leave the premises after paying for his items, when he turned back and took the first guy's phone from the counter. 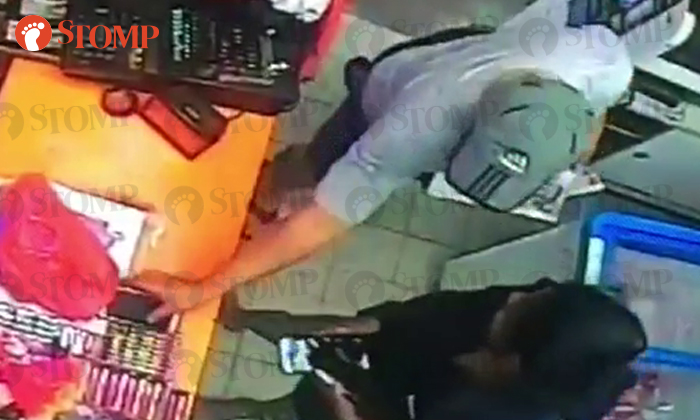 L said: "I thought the phone belonged to the second guy, so I called out to him just as he was about to leave and asked if the phone was his.

"Instead of telling me it didn't belong to him, he took it and left."

According to L, the phone's owner returned to the store about an hour later and they realised what had happened.

Added the Stomper: "The phone's owner made a police report and officers came down to the shop the next day (May 28).

"I believe that sharing this video on Stomp will enable the culprit to return the phone."