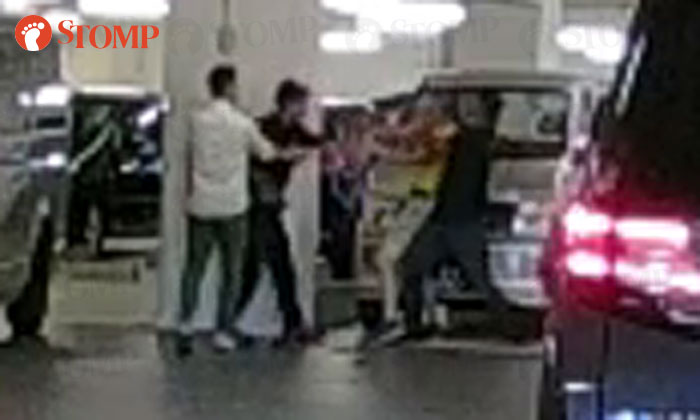 Three men were arrested after getting into a fight at Chinatown Point's carpark on Feb 9.

In the video, the driver of a car storms towards a van and starts scolding the driver, even reaching into the van to grab a bag and throw it to the ground.

It is unclear what exactly sparked his fury but the van was seen turning right before reversing into a parking lot on the left.

A police spokesman told Stomp that the police were alerted to the case of affray at 5.29pm.

"Three men aged between 25 and 51 were arrested in relation to the case," he said.

Stomp understands that the 51-year-old man was the one who called the police.

Related Stories
Drivers go berserk and attack each other at Chinatown Point carpark, one even gets thrown down onto ground
Women punch, kick and grab at each other's hair in catfight
Fight outside ITE campus in Simei: 10 youths arrested for rioting
More About:
arrest
fight
dispute
argument
attack
road rage
carpark