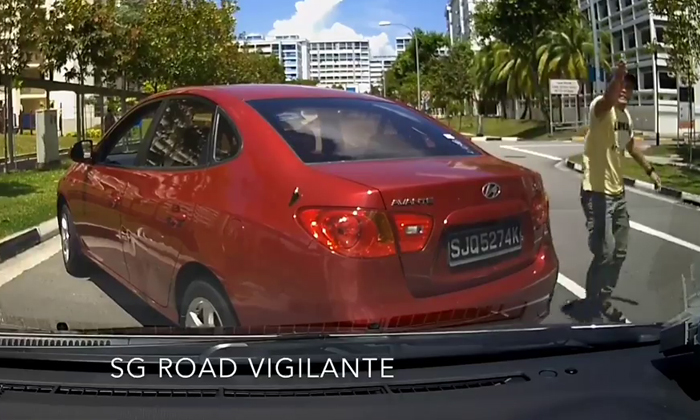 A driver did not take well to being honked at when he tried to make a reckless turn, prompting him to exit from his car to chide the other party.

Facebook page SG Road Vigilante - SGRV posted a video of the incident, which is believed to have occurred in Jalan Damai on May 26.

In the video, a red Hyundai is first seen going past a pedestrian who was crossing the road and had the traffic light in her favour.

The Hyundai driver then tried to make a right turn, but apparently got honked at by the driver who recorded the video.

The video caption said: "Upset at cam car driver for sounding the horn, [the Hyundai driver] decided to overtake and forced the cam car to stop by boxing it in."

This also caused a collision between both vehicles and the Hyundai can be seen with a damaged side following the incident. 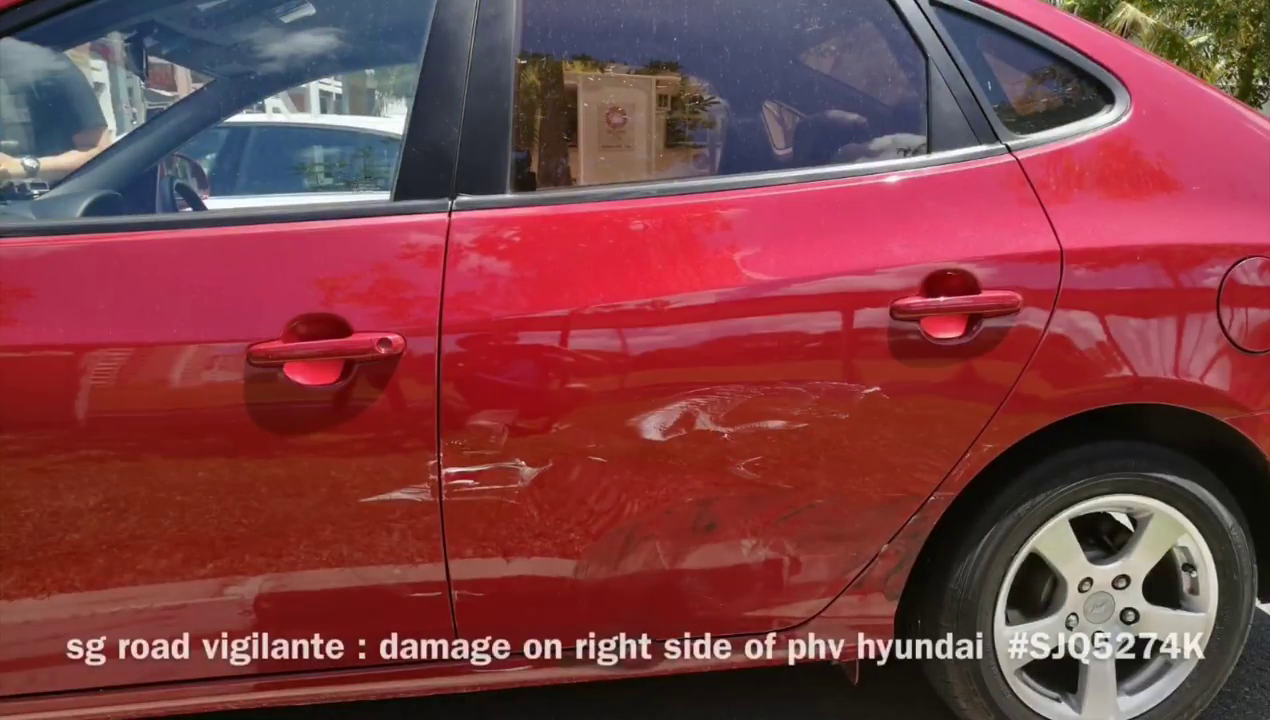 Many netizens slammed the Hyundai driver and asked for him to be taken off the roads.

However, some also felt that he could have been provoked into acting the way he did.