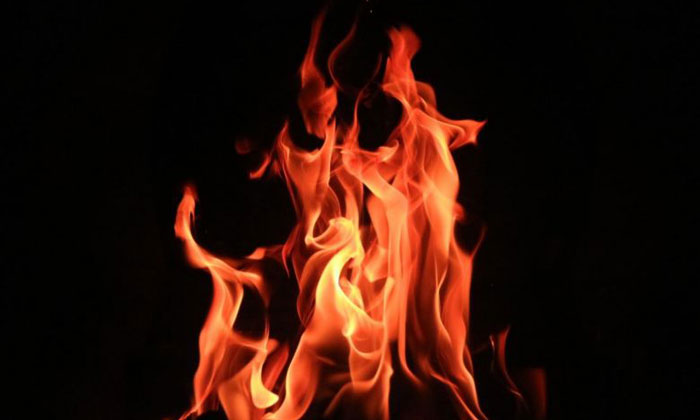 A man hired a friend to set fire to a mattress outside a flat he co-owned while his son and former wife were sleeping inside the unit.

The flames spread, causing nearly $10,000 in damage but the woman and her son managed to escape unhurt.

He had earlier pleaded guilty to two mischief charges and one count of engaging in a conspiracy to commit mischief by fire.

Safie went to the Choa Chu Kang flat in early February this year and found that the lock had been changed.

The court heard that his ex-wife and son had done so to deter him from harassing them.

Safie then removed the metal gate as he did not want to call for a locksmith. His son had to fork out more than $600 for a new gate.

Safie returned to the unit later that month and splashed paint on the front door. He phoned the police on Feb 17 to tell them what he had done. Court documents did not state if he was arrested soon after.

Some time before 1am on Feb 26, he asked one of his friends, Muhammad Danish'ammar Suhardi, to set fire to a mattress outside the flat in exchange for $300.

Danish'ammar did as he was told.

The fire soon spread to other items along the corridor, including a refrigerator, cupboards and shoe racks belonging to Safie.

The court heard that his ex-wife and son had placed the items there as Safie was no longer living in the flat and had asked him to retrieve them.

His ex-wife and son were awakened by the crackling sound of the fire and managed to escape unhurt after firefighters put out the flames.

Court documents did not reveal the outcome of Danish'ammar's case.

Safie was offered bail of $15,000 and he will surrender himself at the State Courts on Dec 2 to begin serving his sentence.

For engaging in a conspiracy to commit mischief by fire, Safie could have been jailed for up to seven years and fined.