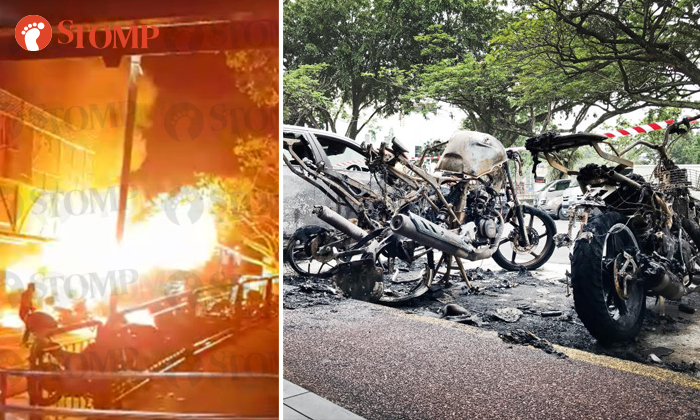 A jobless man, intoxicated after downing several cans of beer, felt the urge to set something on fire, a court heard.

Loh Hsien Aik, 33, set the seat of a motorcycle on fire and the flames soon spread to five other vehicles, causing more than $103,000 in damage.

Loh pleaded guilty on Wednesday (July 10) to one count of committing mischief by fire and was sentenced to 2½ years in jail.

The court heard that he used a lighter to set fire to the motorcycle seat before walking away.

When he turned round, the flames had started to spread to a second motorcycle.

Deputy Public Prosecutor Suhas Malhotra told District Judge Shaiffudin Saruwan: "The side of a BMW motorcar that was parked nearby had also caught fire. The accused lingered nearby, and watched the fire, but he did not call the police or the Singapore Civil Defence Force (SCDF)."

A customer at a nearby coffee shop spotted the blaze and alerted the police.

The SCDF also deployed firefighters. By the time they arrived, the fire had already spread to four other motorcycles and a car.

Firefighters used a water jet, two compressed air-foam backpacks and a fire extinguisher to extinguish the flames, according to an earlier report by The New Paper. No one was injured.

Loh's act caused more than $103,000 in damage to the vehicles and their owners received more than $34,000 in insurance payouts in total.

Police arrested Loh the next day following an investigation.

In urging the court to sentence Loh to between 30 and 36 months in jail, the DPP stressed that the damage caused was "very extensive". 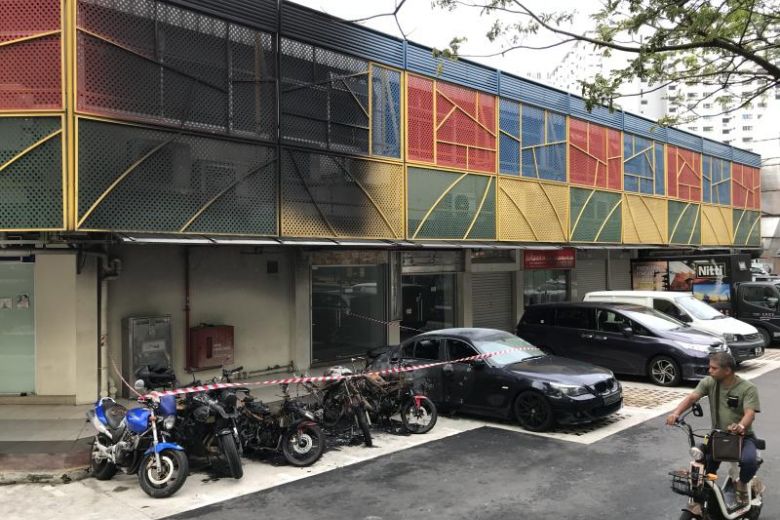 Mr Tiwari said that at the time of the offence, his client did not know the owners of the affected vehicles and had no malice against them.

For committing mischief by fire, Loh could have been jailed for up to seven years and fined.