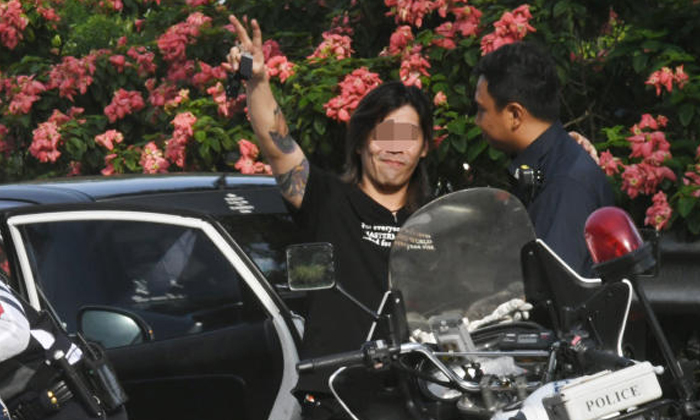 A 36-year-old man was arrested along Bukit Timah Road, near Botanic Gardens MRT station, on Saturday morning (Nov 10) for drink-driving.

According to Shin Min Daily News, the man, who was alone, had been driving from Orchard Road when he allegedly hit a road divider in Newton.

He is believed to have continued driving for around five minutes, before coming to a halt in the middle of the road.

Responding to queries by Stomp, the police said they conducted checks on the man along Bukit Timah Road at 7.10am and subsequently arrested him for drink-driving.

Photos published by Shin Min show the man making a peace sign at a photojournalist's camera.

When reporters asked where he had come from prior to the incident, the man replied: "From your heart."

He even waved goodbye while being taken away in a police car.