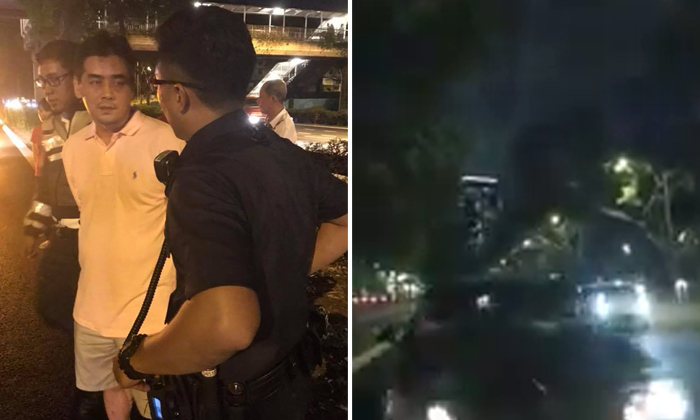 A 51-year-old man was arrested for suspected drink-driving after ramming his Mercedes into another car along the Pan-Island Expressway (PIE) on Saturday night (May 12).

The incident occurred in the direction of Tuas, before the Stevens Road exit, at 9.56pm.

Facebook user Mr Benson Ng, whose car was hit by the Mercedes, shared videos showing the moment of impact and photos of the Mercedes driver being arrested by police officers. 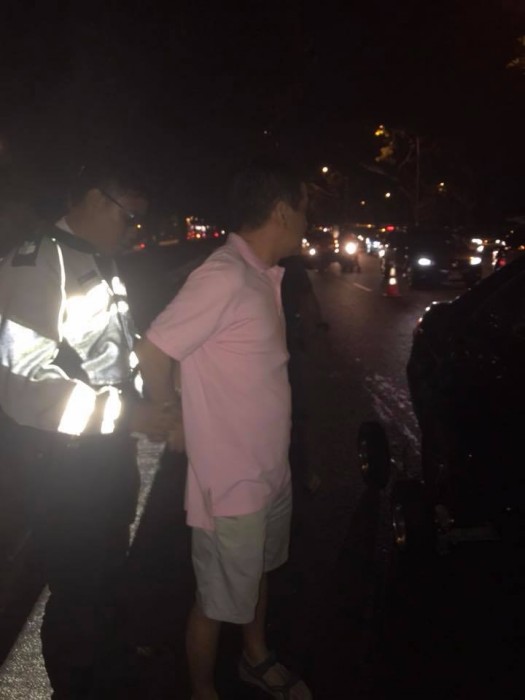 Mr Ng wrote that the Mercedes "went straight" towards his car and added: "What shocked me is that the 4 passengers from the car claimed that none of them is the driver.

"Policemen arrived at scene and 4 passengers said the same thing to the police.

"The Merc's car plate was scanned legit under a particular guy’s name who’s not at the scene.

"It was when we are about to leave with the tow truck, the policemen found a guy at the side of the expressway trying to get a cab just few hundred metres in front. He was tested above the alcohol limit and got cuffed by the policemen.

"The police confirmed through his ID and he is the owner of the Merc car."

In response to a Stomp query, the police said they were alerted to the accident involving two cars at 10.16pm.

The Mercedes driver, a 51-year-old man, was arrested for suspected drink-driving.

Stomp understands that the suspect tried to flee the scene but did not get far.

Mr Ng said he and his family had their seat belts on and were unhurt, though they headed to the hospital for a check-up afterwards.

"Kudos specially to the 5 police officers at the scene! Helped us to cuff this offender! And also advised me on the processes," he added.