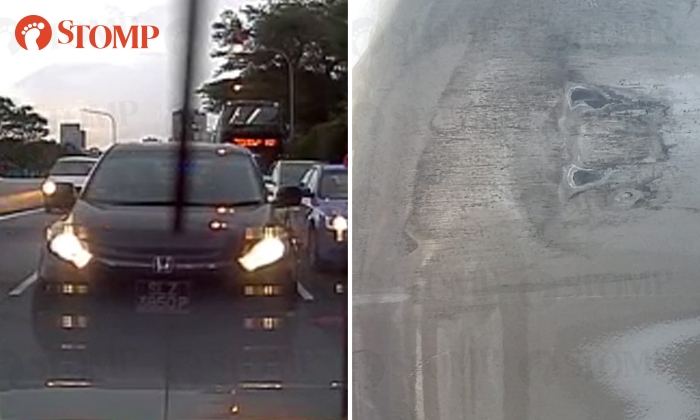 Stomper Anonymous is looking for a female driver who hit and damaged his car along Jalan Toa Payoh on Jan 22.

The collision occurred when the woman tried to overtake Anonymous' car.

Anonymous told Stomp: "This is a busy road as it's near the exit of the expressway.

"The female driver tried to overtake me and in doing so, she hit the rear of my car.

"I was shocked by the impact, sounds of which can also be heard in the video."

According to Anonymous, both drivers then exited their cars and took photos of the damage. 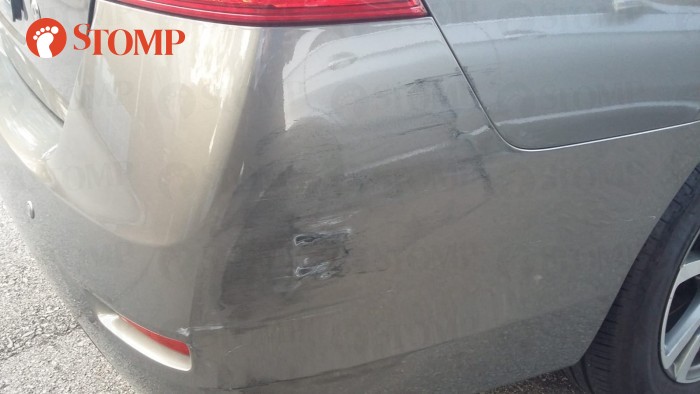 (Damage on the Stomper's car) 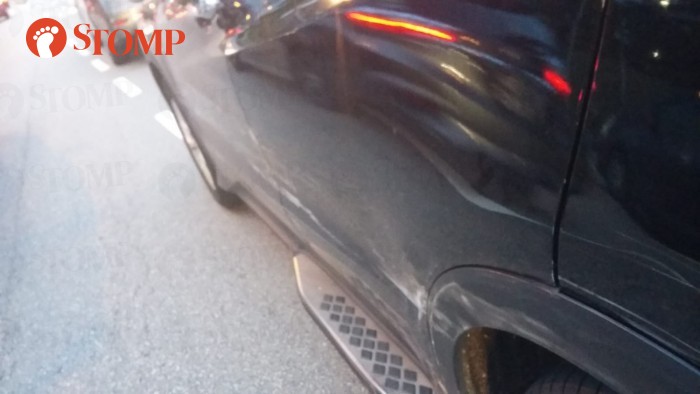 (Damage on the woman's car)

Anonymous told Stomp that he then gave the woman his number so that they could resolve the matter properly.

He added: "As traffic was heavy, we left the scene afterwards.

"The female driver was supposed to give me a missed call so that I would have her number, but the call never came."

Anonymous is looking for the woman, who is supposed to report the incident so as to facilitate insurance claims.

As he did not hear from her even after several days, the Stomper made a police report on Feb 11.

"I am appealing to Stompers to get the driver to come forward to file a report. Such behaviour should not be tolerated in Singapore," he added.