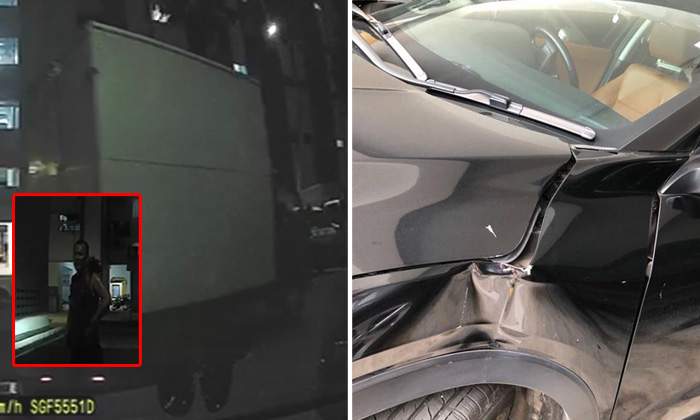 A lorry driver left the scene after hitting a car at a carpark beside Block 807 in Tampines at around 9.06pm last Friday (Jul 6).

Stomper Sufian had alerted Stomp to videos of the hit-and-run incident that was posted on Facebook by the car owner, Mr Ivan Ang.

The video footage from the car's dashboard camera seems to show the lorry hitting the car as it was turning out from where it was parked.

The shaky video at the point of impact also seems to suggest that the car had been hit.

After the impact, a man approached the front of the car, and seemed to be checking the damages.

The lorry was subsequently seen leaving the scene. 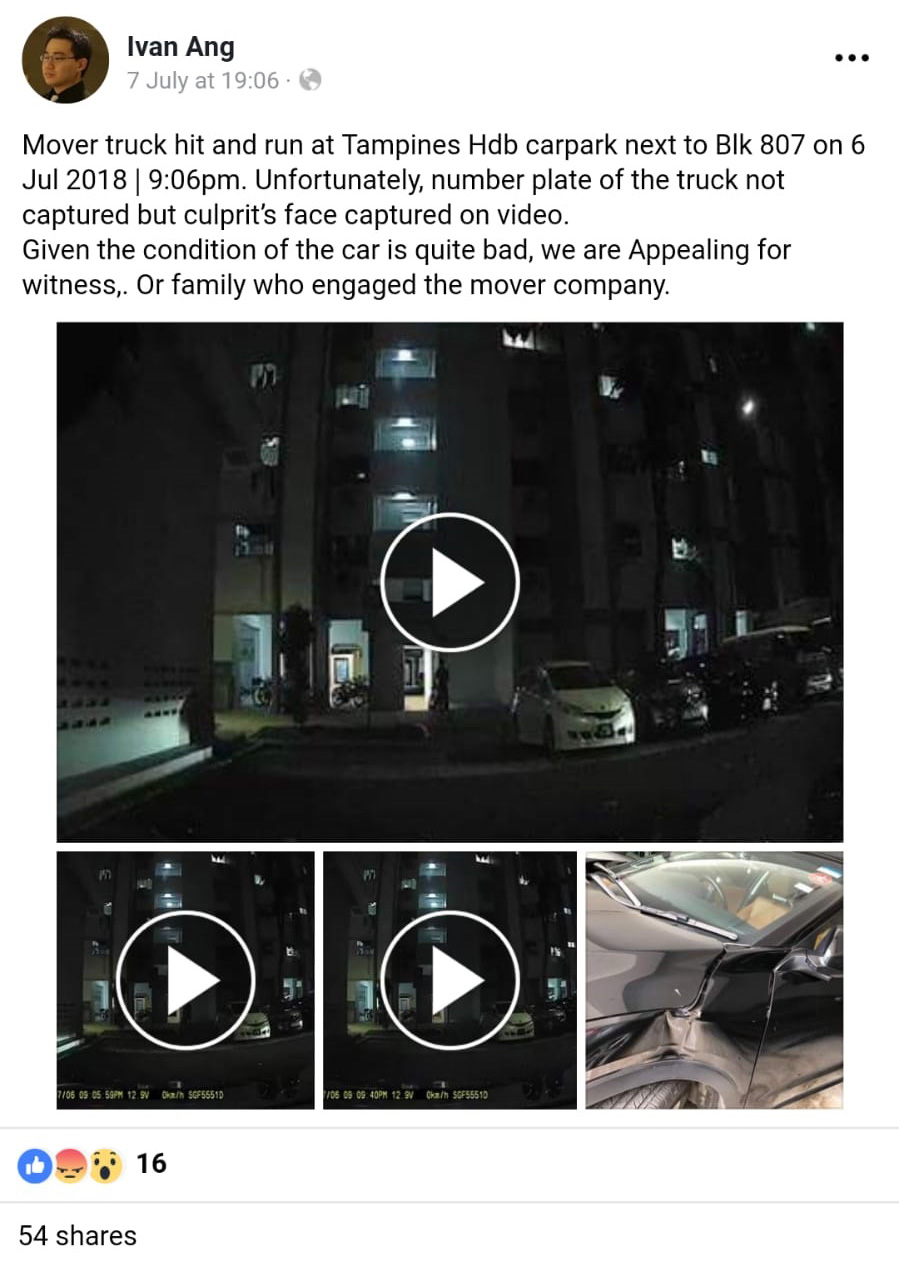 Stomp tried contacting Mr Ang but he was overseas, so he directed us to his wife, who was the last to drive the car before the incident.

Mrs Ang said that the lorry was already there when she was parking the car, about two lots away.

She told Stomp: "The lorry wasn't right beside our car, but it had banged into ours when it was turning out.

"The driver just left without leaving a contact number or anything.

"A police report was made on the same day."

Mrs Ang tells Stomp that she will send the car for repairs once the investigations are over.

"The car seems to function normally, I still use it to drive my son to school, which is about an eight-minute drive from my home."

Mrs Ang added that she had gone door to door of Block 807 to ask if anyone had witnessed what happened, but no one had.

In response to a Stomp query, the police confirmed that a report was lodged and police investigations are ongoing.

Related Stories
Lorry driver rams into side of car then drives away at Pasir Ris flyover
Driver of Mercedes-Benz SKJ1644C reverses into parked car -- then leaves
Driver looking for hit-and-run culprit who damaged his car along PIE
More About:
hit-and-run
appeal