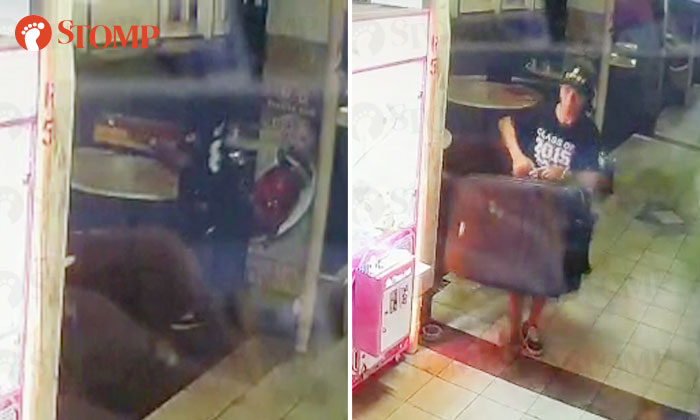 The police are investigating an incident where a man allegedly took 100 curry puffs from a coffee shop at Block 81 Whampoa Drive.

A Stomper alerted Stomp to the incident and said that it happened on Dec Thursday (Dec 26) at about 2.35am.

He also shared a video that caught the man in the act.

In the footage taken from a CCTV camera, the man is seen standing with a suitcase in front of a claw machine.

He then proceeds to the table where the three trays of curry puffs are.

He is then seen apparently placing the trays in his suitcase before walking away.

Stomp understands that a delivery man had dropped the curry puffs off at the coffee shop at 12am.

When he returned at 5am to retrieve the trays, he was informed by a stall owner at the coffee shop that they did not see any trays of pastries.

This is reportedly not the first time an incident like this has happened at the coffee shop.