Man in middle of divorce runs into wife, pins her down and beats her at Jurong bus stop 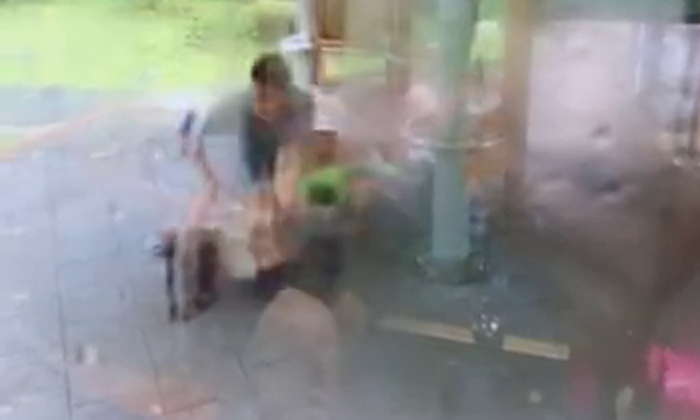 A couple in the middle of divorce proceedings crossed paths when they ran into each other on a bus on Sunday afternoon (Nov 11) -- and it all went downhill from there.

A Weibo user who posted a video of the couple's dispute said that the incident occurred at a bus stop near Block 408 Jurong West Street 42, at around 4pm.

In the nine-second clip that is believed to have been filmed by a bus commuter, the man can be seen pinning down a woman and punching her face as she struggled on the ground.

According to the user, the man had pushed the woman off the bus when they reached the bus stop.

The woman had apparently said something that angered the man, which then led to the violent altercation, reported Shin Min Daily News.

Shin Min understands that the couple is currently going through divorce proceedings.

A netizen, who identified himself as a close friend of the couple, told Stomp on Wednesday (Nov 14): "It is the woman who is the aggressor.

"She started beating the man on the bus. When they alighted, she still wanted to continue beating him, leaving no choice but to pin her down."

The woman, who suffered injuries to her head and hands, was conveyed to hospital for treatment.

Responding to media queries by Stomp, the police confirm that a report was lodged and are looking into the matter.

Related Stories
Woman taunts man to hit her -- so he really does, in most bizarre fight ever at Hougang
Man slaps woman in fight outside Korean restaurant at Neil Road
Man asked ex-GF for $2k, punched her after she told him to work for it at her chicken rice stall
More About:
fight
dispute
violent
couple