Man goes on a date with woman from WeChat, ends up paying $263 for her glass of wine 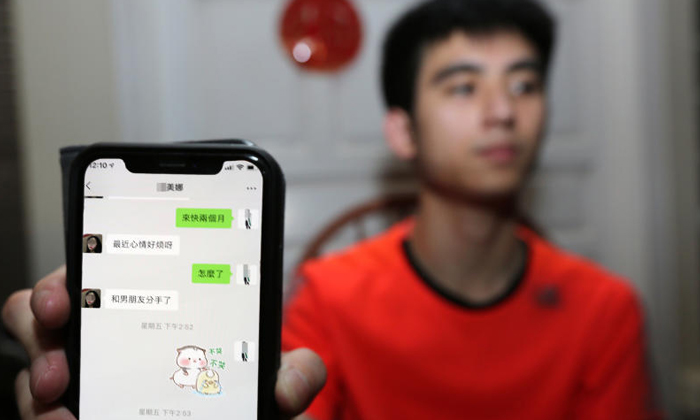 A Taiwanese man working in Singapore went on a date with a woman whom he got to know online -- and ended up feeling 'ripped off' after paying $263 for her glass of wine.

Xie Jiayou, 25, told Shin Min Daily News that he had been using WeChat last Friday (June 7) when a woman with the alias 'Invisible Wings' befriended him. The two then started chatting.

The woman first made small talk by asking questions such as, 'Have you had lunch?' and 'How's work?' before mentioning that she was feeling down from a breakup.

Xie tried to console her and the woman replied: "I have no friends since I just came to Singapore. Actually I planned to sit down for a drink and chat today, but have no one to accompany me."

As such, the pair agreed to meet at a shopping centre along Selegie Road at 7pm that night.

Xie recounted: "We had dinner at McDonald's and she suggested going for drinks at a bar on the same floor.

"She ordered something after looking at the menu. Not long later, the service staff asked me to settle the bill first. Who knows it came up to $263!"

According to Xie, the woman ordered a glass of red wine, though it did not taste of alcohol at all.

She also asked if he would like a glass, but he said that he had something on and quickly left.

Xie said he did an Internet search after the incident and learnt about a popular scam in China, where bars would get its staff to chat people up online.

Under the guise of friendship, the staff would apparently then lure people into consuming expensive drinks at the bars.

Xie felt that this sounded similar to his own experience and hopes that other people wil not fall prey to similar encounters.

Related Stories
Married man wants $30k back from mistress, says she replied: "It's $300 for each time we were intimate'
Married woman, 48, scammed of $7k by 'Facebook BF' -- whom she has never met
Man receives police advisory about sex scams, ignores it and gets cheated of $700 minutes later
More About:
dating
scam