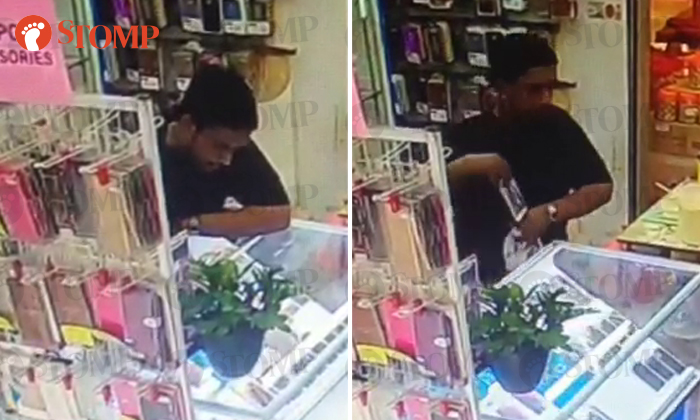 A man was caught on camera helping himself to a 'handphone buffet' at a shop in Jurong West -- which he did not even pay for.

Stomper Anonymous, who owns the store at Block 960 Jurong West Street 92, said the incident took place on Monday (Jan 14), at around 1.40pm.

She was not in the shop at that time.

According to the Stomper, there was only one employee in the shop instead of the usual two as the other employee had left to attend to something.

A video contributed by Anonymous shows what happened:

Anonymous, who subsequently made a police report, told Stomp: "The man seemed to know how the shop operates as he knew exactly where to strike and what to take.

"I believe he could have been working with the man in the No. 21 blue jersey."

In response to a Stomp query, the police confirm that a police was lodged and investigations are ongoing.