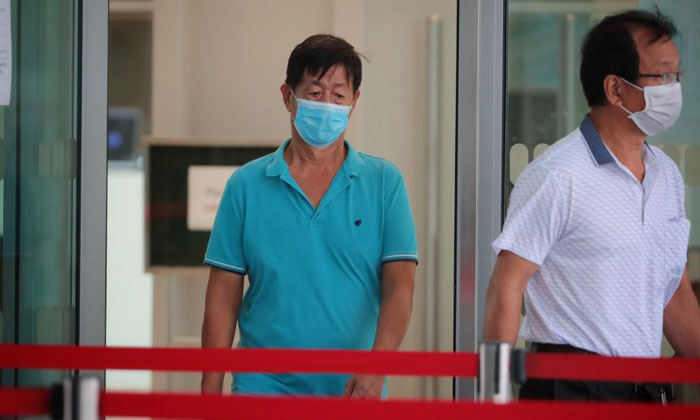 A man was fined $2,000 for trespassing on a Singapore Armed Forces (SAF) training ground, claiming he was there to pick pandan leaves.

Ng Kiong Hoe, 63, was found guilty on Monday (Aug 2) of entering a protected area without authorisation with one Cheng Lee Meng, 61.

The court heard that Cheng had asked Ng to accompany him to Track 9 training ground in Ama Keng Road, in Lim Chu Kang, on Sept 9 last year.

At about 2.45pm that day, Cheng drove a motor van up to the padlocked gate in Ama Keng Road Track 9 with Ng.

Cheng passed Ng a key and told him to use it to unlock the gate.

Ng did so, and Cheng drove the van past the gate into Track 9. Ng then began closing the gate.

A 2nd Warrant Officer with the SAF saw the two men entering Track 9 and rushed to detain them. The police were also contacted.

Ng refused to answer when the officer asked him what he was doing at the training ground. The police later arrested both Cheng and Ng.

Court documents do not state how Cheng got the key to the gate.

During the police investigation, Ng claimed he was at the SAF training ground to pick pandan leaves.

The SAF had placed two signboards which state, "Protected area. No admittance to unauthorised persons" in four different languages, but Ng failed to comply with this.

Cheng is claiming trial and is scheduled to be in court on Aug 19.

In sentencing Ng, District Judge Luke Tan noted that the training area had prominent signs, including an image of a soldier with a gun.

"You could have disrupted operations and endangered (the) safety of yourself and others," said the judge.

For entering a protected area without authorisation, Ng could have been jailed for up to two years, fined up to $20,000, or both.