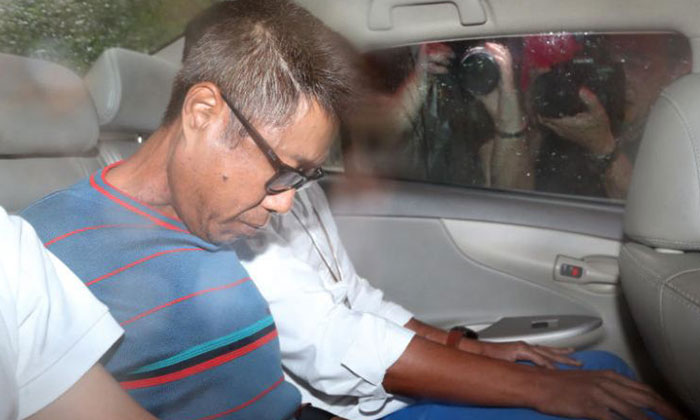 A man who escaped the gallows after killing his brother-in-law 20 years ago was sentenced to life imprisonment on Thursday (April 19) for fatally stabbing an acquaintance.

The incident happened at Guillemard Road, between Lorong 6 and Lorong 8 Geylang, on May 3, 2015.

Yaacob Mohamed Yatim, 58, pleaded guilty on Thursday to stabbing and causing the death of Mr Abdul Rashid Mohd Nenggal, whom he had fallen out with.

According to The Straits Times, the relationship between the two had soured when Yaacob previously misplaced $45 which he was supposed to hand to Mr Rashid.

Even though Yaacob eventually passed Mr Rashid the money, their relationship remained strained.

When the two ran into each other on May 3, Mr Rashid approached Yaacob and punched him in the face.

He was pulled away by the owner of an Ayam Penyet stall at the coffee shop but continued shouting at Yaacob.

He later attempted to take a pair of kitchen scissors from the Ayam Penyet stall but was stopped by an employee.

He then went to a Sheng Siong supermarket nearby where he purchased a 13cm-long knife, before returning to his table at the coffee shop.

Yaacob then called his mother to ask for forgiveness.

Mr Rashid later approached Yaacob to resolve their dispute peacefully, but Yaacob told him that there was nothing to talk about, proceeding to stab him in the back.

Mr Rashid ran, but Yaacob chased him to a slip road.

Mr Rashid fell during the chase, and Yaccob kicked him in the face.

The coffee shop owner later rushed out to confront Yaacob.

He asked him if he knew what he had done, and Yaacob replied: “Now he knows who I am.”

During Yaacob’s mitigation plea, his lawyer, Anand Nalachandran, said that his client was not the initial aggressor and had attempted to avoid Mr Rashid.

Mr Nalachandran added that Yaacob led a ‘simple and solitary existence’ with his mother since his wife and daughter had both died.

Yaacob’s daughter was only seven years old when she died of leukaemia.

Mr Nalachandran asked for life imprisonment for Yaacob, and the prosecution did not object.

He could have been sentenced to death for his charge of murder.

The court heard that Yaacob had been charged with the murder of his brother-in-law following a domestic dispute in 1999.

The charge was later withdrawn as Yaacob was found to be of unsound mind due to epilepsy.