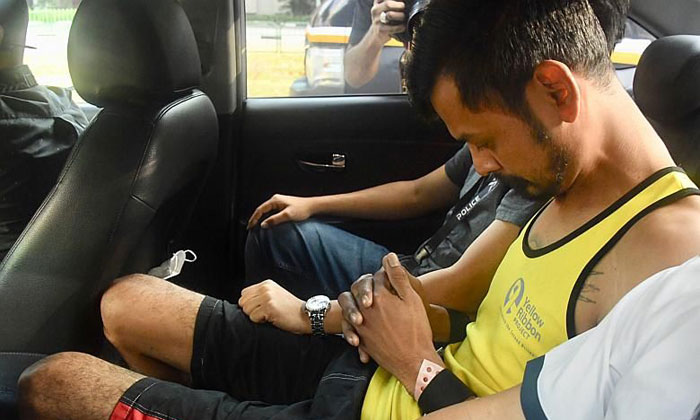 In a statement, the police said they were alerted to an accident involving a prime mover along Jurong Town Hall Road towards Ayer Rajah Expressway.

Three men, aged between 18 and 43, were taken to National University Hospital (NUH).

The 43-year-old man suffered injuries to his face and chest and was subsequently pronounced dead on the same day at 7.46pm.

The police said preliminary investigations revealed that the accident is believed to have resulted following a dispute between the deceased and the suspect.

The Straits Times understands that Sivakumar was driving the vehicle when he allegedly got into a scuffle with Saravanan.

Saravanan will be remanded at Central Police Division and will be back in court on Feb 23.

Offenders convicted of murder will be given the death penalty.