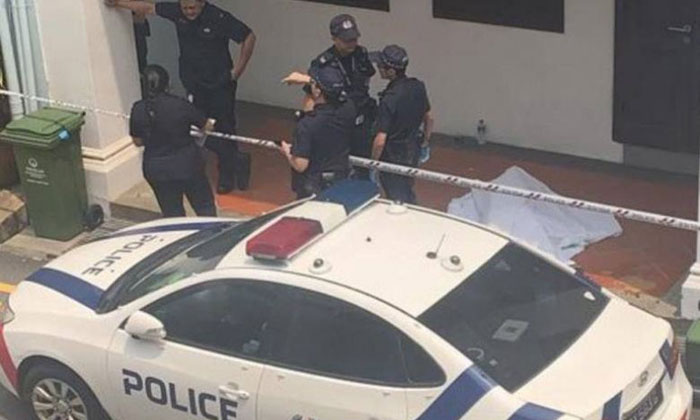 A 46-year-old man died on Friday (Nov 1) after he was detained by five members of the public for allegedly taking upskirt videos of a woman.

Police said they were alerted to the incident in Niven Road at about 12.45pm on Friday.

Preliminary investigations found that the 46-year-old man was suspected of taking upskirt videos of a woman at Little India MRT station, before he was detained by five members of the public in Niven Road.

When police officers arrived at the scene, the man was motionless and had no pulse, the police said.

Officers performed cardiopulmonary resuscitation on the man until paramedics from the Singapore Civil Defence Force arrived.

The man was later pronounced dead by a paramedic.

An eyewitness, who declined to be named, said he heard a commotion around the time of the incident and when he went to check it out, he saw five men surrounding the 46-year-old man, who appeared to be unconscious on the ground and had vomit on him.

A woman who was in one of the units along Niven Road said she heard an altercation and what sounded like someone wailing, along with angry voices.

The road comprises a mix of offices and residential units.

"When I came out for lunch at 1.30pm the area was cordoned off. There were police officers and a blue tent," said the woman who declined to be named.

The case has been classified as an unnatural death, and police are investigating.