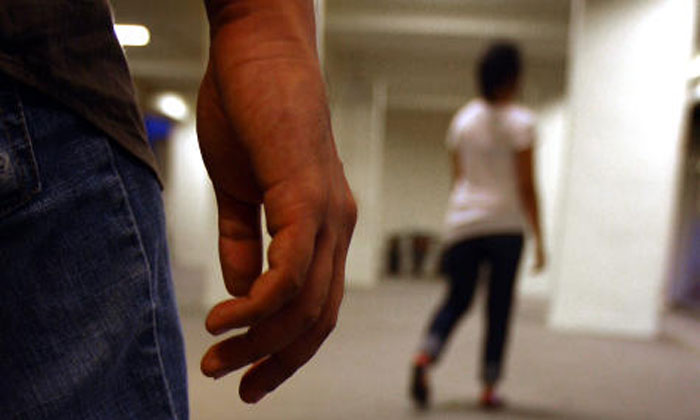 A man first noticed a girl when she was in Secondary 1, and continued monitoring the teenager, even trying to conduct a survey with her two years later.

When former insurance agent Fong Poh Kuen failed to obtain any information from the girl, he stalked her until she entered junior college in 2017.

He also secretly snapped photographs of other girls and downloaded the images onto his laptop computer.

For these and snapping upskirt pictures of a woman, Fong, 43, was sentenced on Tuesday (Oct 1) to three months' jail and a fine of $8,000. He had pleaded guilty to five offences under the Protection from Harassment Act and one count of insulting a woman's modesty. The girls and their schools cannot be named.

A district court heard that Fong had created forms for an "educational survey" and would approach female students outside various secondary schools and JCs, asking the girls to fill them up.

After the teenagers filled up the forms with information such as their names, contact numbers and home addresses, Fong would then collate their particulars on a spreadsheet.

Deputy Public Prosecutor Thiagesh Sukumaran said the man used the surveys as a pretext to approach the girls that he was attracted to.

"On a number of occasions, he would follow these girls either before or after the girls had filled up survey forms and take a number of photographs of them."

The girls did not know they were being photographed.

On Feb 13, 2017, Fong spotted the girl he had been stalking and started following the 17-year-old JC student for about 20 minutes. He also snapped 22 photographs of her.

Later that year, he tailed her to an MRT station and asked her to fill up a survey form.

The girl complied and penned in her personal details including her mobile phone number. Fong later sent her a text message which stated "Happy Good Friday". The girl stopped responding after finding out he was the one who had sent it.

On Feb 6, 2017, Fong also snapped upskirt photographs of an unidentified woman at a bus stop in Marine Parade Road.

In separate incidents between January and March 2017, he tailed three other teenage girls and snapped their pictures. Two of the girls were 16 while the third was just 13 years old.

The DPP said that one of the 16-year-old girls felt "scared and alarmed" when she found out that Fong had been following her.

He added: "(She)... no longer finds it safe to return back alone from school and her father now accompanies her home."

On Oct 13, 2017, another teenage girl was walking near an MRT station when she spotted Fong recording images of her schoolmates on his mobile phone. Alarmed, she alerted her teacher, who called the police.

For insulting a woman's modesty, Fong could have been jailed for up to a year and fined.