Man charged $5 fee at Bedok North carpark despite having season parking, gets refund after Stomp alert 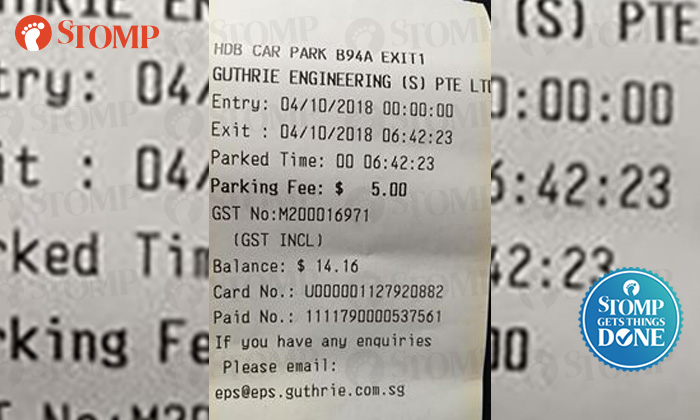 Stomper Chan was charged $5 as he was exiting the carpark near Block 513 Bedok North Avenue 2 at 6am on Oct 2, even after he had paid for season parking.

Chan, who was a resident of the area, said that this was the first time such a thing had happened to him.

"When I contacted HDB, I found that a few others were also wrongly charged for parking, even though they already paid for season parking," said Chan to Stomp in a phone interview.

Stomp brought up the matter with HDB in a media query on Oct 10.

In response to the media query, HDB informed Stomp on Oct 11 that the Stomper had been given a full refund by the service provider for the carpark gantry, Guthrie Engineering Pte Ltd.

Chan said: "I managed to arrange a meet-up with a representative from Guthrie Engineering to receive my refund on Oct 11."