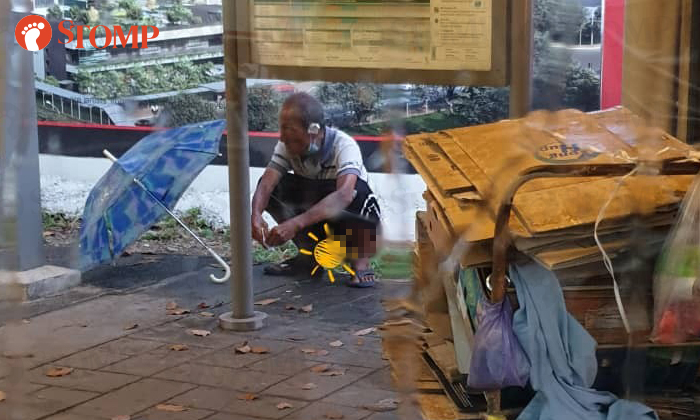 A man was seen squatting down to defecate at a bus stop along Serangoon Road on Monday morning (Oct 19).

Photos that Anonymous shared show the man positioning himself on the grass patch behind the bus stop with his buttocks exposed.

The Stomper said: "I was on the bus when I saw him squatting down and passing motion at the bus stop at an early hour.

"Surprisingly, the man did not seem ashamed or concerned about what people around him would think or feel."

Asked how he felt about what he saw, Anonymous added: "Honestly, I have mixed feelings, one of them being disappointed at how the man did not feel ashamed or disgusted."

Under the Environmental Public Health Act, it is illegal to urinate or defecate in/upon any street, arcade, vacant land, river, canal, ditch, drain or watercourse or in any place to which the public has access except in any sanitary convenience provided for such purpose.