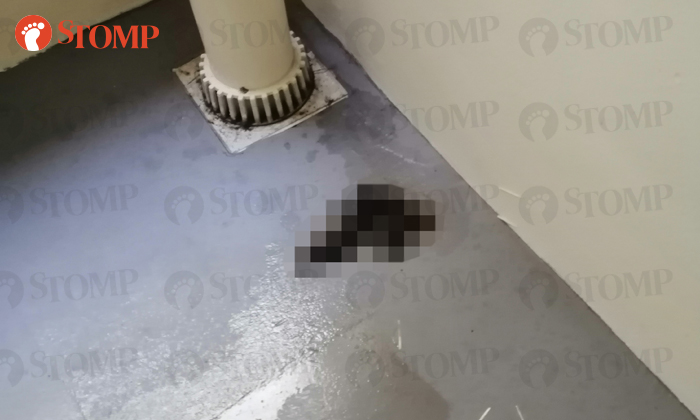 Human faeces left at the staircase landing of Block 175A Punggol Field has forced Stomper Daniel to frantically shut his windows in order to block out the foul odour.

The fourth-floor resident said he was going down the stairs to the multi-storey carpark on Saturday (Jan 4) morning when he came across the disgusting sight.

Daniel told Stomp: "I saw the poop on the staircase landing between the second and third floor at around 7.45am.

"It's very 'smart' of the culprit to do it there instead of the upper floors, where there are closed-circuit television (CCTV) cameras.

"It's clearly adult human poo, not even a child's. It's not a case of someone having diarrhoea either, but an blatant act of mischief.

"It was very smelly and I had to close my windows.

"I tried calling the town council but the office is closed on weekends."

According to Daniel, the poop was still there as of Monday morning (Jan 6).

Stomp had contacted the town council for more info.

Related Stories
Poor cleaner has to clean up mess and litter at Sembawang Park
Why can't residents at this Pasir Ris block use the rubbish chute instead?
Youngsters leave vomit, cigarette butts and rubbish at Commonwealth Crescent hawker centre
More About:
disgusting
unhygienic
inconsiderate
neighbour
dirty