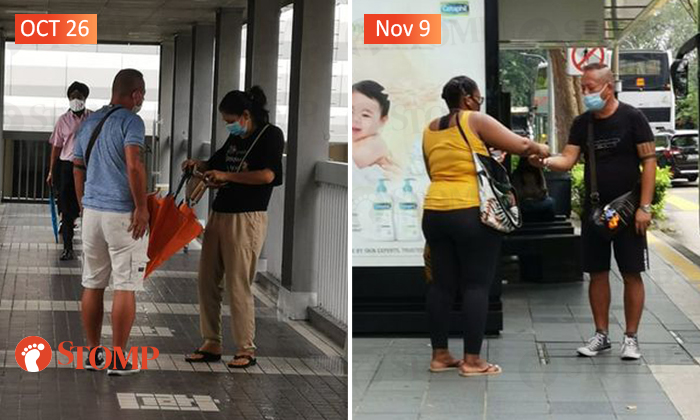 When a man approached Stomper Priya for some spare cash after claiming to have lost his wallet, she decided to help him out of his rut and gave him $5.

However, she felt duped after seeing the man approach other people with the same sob story.

She got even more annoyed after coming across the man doing the same thing when she passed by the same area two weeks later.

Priya first encountered the man outside Far East Plaza along Scotts Road on October 26, at around 9.20am. 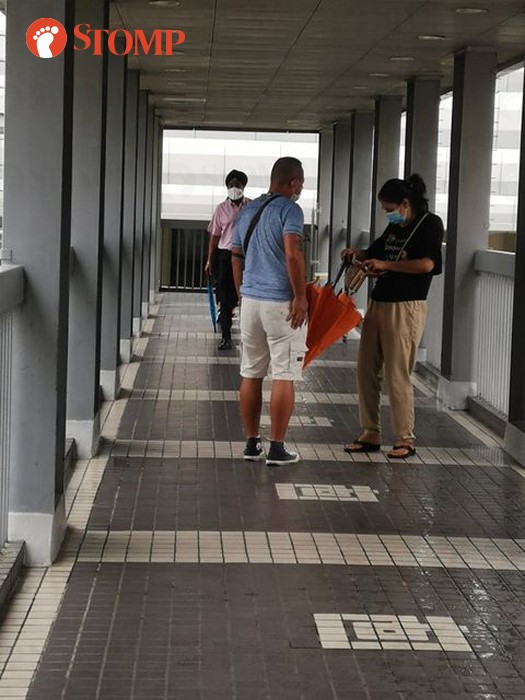 Priya recounted: "This man was going around and asking people for $4 to $6, claiming that he had dropped his wallet elsewhere and needed some cash to top up his EZ-Link card.

"I gave him $5 as I thought that he was really in need but in the end, I found out that he was asking money from every single person he met."

Nevertheless, the Stomper thought it was a one-time thing — until she spotted the man at it again on Monday morning (Nov 9). 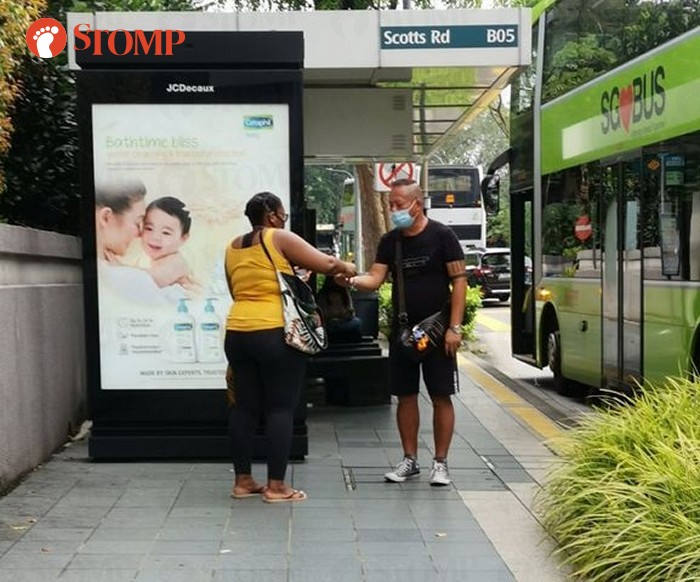 "He gave the same story as usual but this time I just walked away, irritated."

This is not the the first or second time the man has been spotted asking strangers for money.

In August this year, Stomper Ashish noticed the man asking $5 "from everyone" opposite the MacDonald House at Orchard Road.