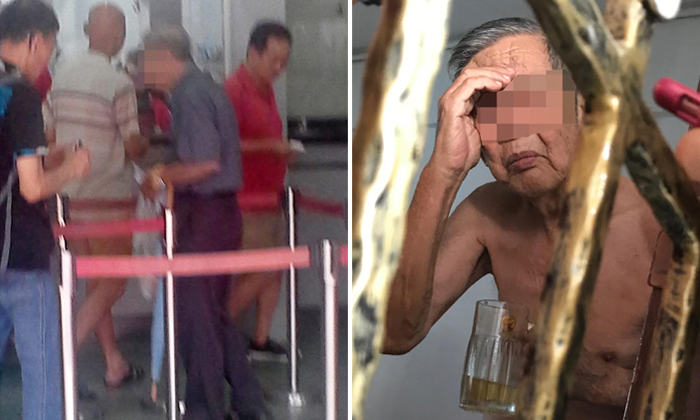 An elderly man appeared sick and frail when telling passers-by in Yishun that he had no money to eat or see a doctor -- but became sprightly and was seen buying lottery with cash that he had collected from Good Samaritans.

The incident occurred outside Northpoint City on Oct 31, at around 12pm.

Mr Deng, a 73-year-old retiree, told Wanbao that he had been having lunch when he noticed the elderly man asking passers-by for money at the shopping mall's entrance.

The man, who was dressed in a blue shirt and grey trousers, was hunchbacked and looked to be in his 80s. 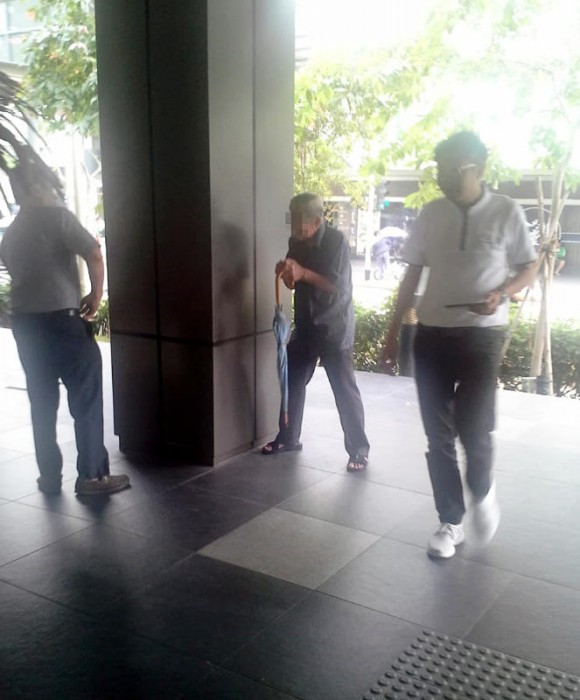 Mr Deng said: "The elderly man told people that he had no family and nobody to take care of him. He also claimed to be sick and had no money to eat or see a doctor.

"He trembled while he spoke and had to rely on a umbrella to stay upright.

"He seemed very weak and pitiful."

Mr Deng observed that the elderly man approached around 10 passers-by in the span of 10 minutes, with seven to eight people seen giving him $2 and $5 notes.

According to Mr Deng, a woman offered to bring the elderly man to see a doctor.

However, he declined and insisted that the woman give him money instead.

"Finding this odd, the woman did not give him any money," recounted Mr Deng.

A food deliveryman had also apparently bought a packet of rice for the elderly man, though the latter was unsmiling and did not seem grateful for the food because 'he was obviously hoping to receive cash', said Mr Deng.

"He didn't know that I was watching him and walked briskly to a bus stop nearby, all signs of illness gone," added Mr Deng, who sensed something amiss and decided to tail the old man.

Mr Deng, who was following behind, witnessed the elderly man entering a betting kiosk.

He said: "I saw the man using the money that he had gotten from kind-hearted people to buy lottery. He was obviously a cheat so I called the police.

"The elderly man then went to a coffee shop for lunch and was questioned by police officers who arrived at the scene."

The elderly man was subsequently seen walking from Chong Pang City to Block 160 Yishun Street 11, where he took the lift upstairs.

When Wanbao reporters visited the elderly man at the said location, they found him watching television in the living room with a bottle of beer.

He was topless and appeared laid-back, reported Wanbao.

However, the elderly man denied asking people for money. He claimed that he lived in Sembawang with his children and occasionally came to catch up with old friends at the block when he was free.

Read the full report in Lianhe Wanbao or view more photos in the gallery.