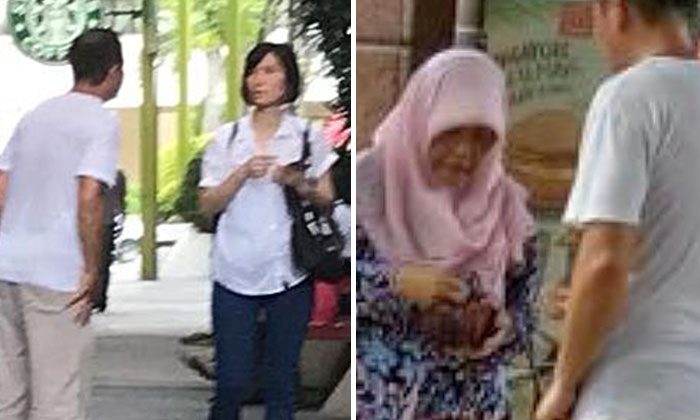 A man who approached passers-by in Tampines, claiming that he lost his EZ-Link card to solicit money was exposed by a victim and fled.

When reporters went down to the scene yesterday (Oct 12), they saw the beggar, a man in his 40s, asking for money from passers-by.

However, within five minutes, another man showed up, claiming that the beggar was a fraud.

“He (the beggar) previously told me that his EZ-Link card was missing and asked for $10 from me.

“However, later I saw him doing the same thing to another passer-by, asking for $10 again!”

Storekeepers from nearby shops told reporters that the beggar frequently operates near the mall, asking for amounts between $2 and $10.

Another victim, Miss Liu, 52, told Shin Min Daily News that she had seen the beggar using the same tactic to ask for money.

“Later on, he tried using the same method on me again, so I just ignored him.”

Related Stories
Enforcers shocked to find that Penang beggar has stacks of cash, bank account and a house
Why beggar cried after asking female student from Philippines for food
Man takes off beggar's pants in China and reveals...
More About:
scam
beggar
Tampines