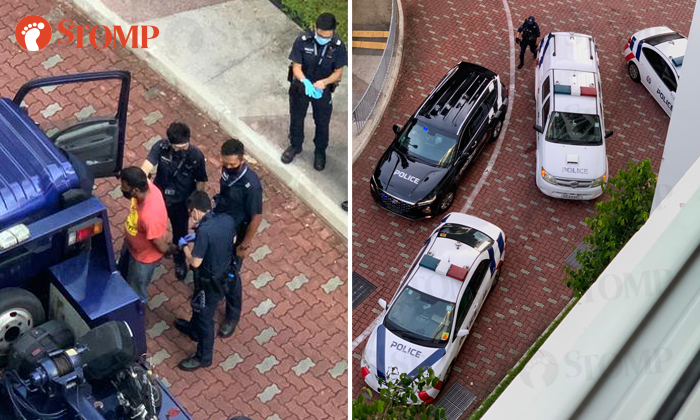 A 32-year-old man was arrested for suspected drug-related offences and fraudulent possession of property in Choa Chu Kang on Tuesday morning (May 12).

Stomper David spotted numerous police vehicles and officers at the foot of Block 805C Keat Hong Close at around 7.50am.

Photos that he submitted show police officers surrounding a man, clad in orange, at a truck.

David told Stomp: "I saw police doing a search on the truck. The driver looked like he got detained and another truck was mobilised to tow his vehicle away.

Responding to queries by Stomp, the police said they received a call for assistance at 6.57am.

"A 32-year-old man was subsequently arrested for suspected drug-related offences and fraudulent possession of property," added a police spokesman.